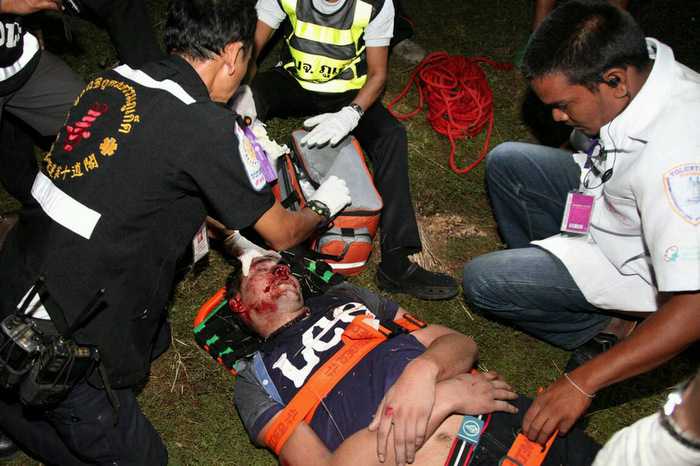 PHUKET: A Russian man is recovering in hospital after his car ran off a coastal road near Phuket’s Promthep Cape and plunged into the water some 300 meters below late last night.

“It happened at about 11:30pm,” said Lt Wuttiwat Liang-boonjinda of the Chalong Police.

“By the time we arrived, all we could see was the back of the car protruding out of the water.”

The driver, named by police as 29-year-old Nikollav Onoprieno, was found on the rocks nearby.

“He had scratches and bruises all over his body, but he was conscious,” Lt Wuttiwat said.

After confirming that no passengers remained trapped in the car, rescue workers transported Mr Onoprieno to Vachira Phuket Hospital.

“We have confirmed that Mr Onoprieno is staying in Rawai and had rented the car. We will question him once he recovers enough to clarify what happened,” Lt Wuttiwat said.

Both airbags in the front of the vehicle had been deployed and the driver’s door had sustained damage in the accident, Lt Wuttiwat said.

“It was too dark for rescue teams to recover the car last night. We will try again today,” he said.