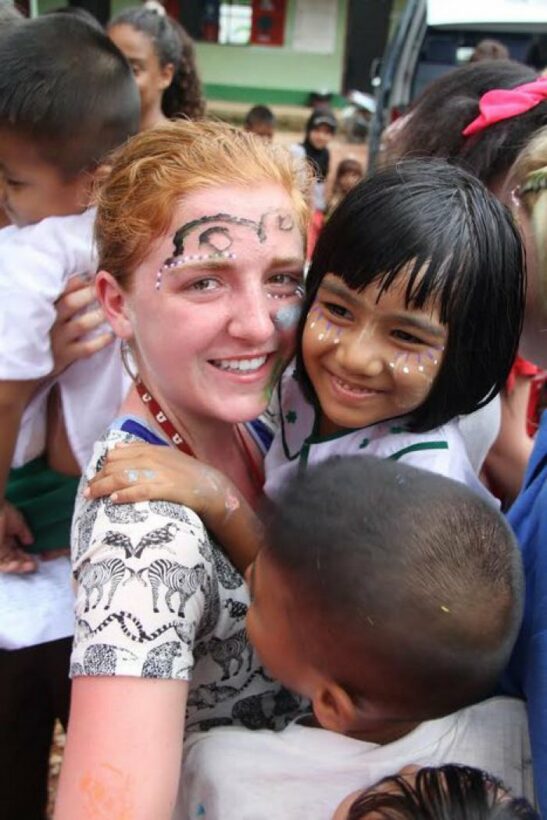 Youthlinc, the main project undertaken by RCoPB for which it received the award, focused on improving facilities at the Burmese Learning Center in the community of Kuraburi. As part of the improvements, preschool bathrooms were installed, the school’s kitchen renovated, a playground was built and hydroponic gardens were started to encourage vocational training and to grow food for the school’s lunch program.

This year, the trophy was shared by the RCoPB and the Rotary Club of Nakhom Pathom.

“RCoPB is a small club that prides itself in following the Rotary Motto ‘Service above Self’. We are a Rotary Club out of Patong Beach, making an impact wherever we find the poorest of the poor in Thailand,” said Brad Kenny, president of the RCoPB.

The second RCoPB project noted was providing water to a Moken village on Koh Lao in Ranong.

In March, the village had water for the first time, which was pumped by a generator through a water pipeline and filters installed by RCoPB.

The third project was medically related, and brought a 5-year-old sea gypsy child from Koh Lao to Phuket for sight-saving surgery.

RCoPB won numerous awards at the May District 3330 Assembly in Hat Yai, including the Bhichai Rattakul Trophy. This trophy is awarded to the Rotary club with the most donations to the Rotary Foundation.

“These awards are a tribute to all RCoPB members for all we have accomplished during the past year. We are proud to have brought support, joy and comfort to so many people in need through our volunteer efforts,” Mr Kenny said.

The Rotary Club of Patong Beach was founded in 2001. RCoPB is Phuket’s only English-speaking Rotary Club and has been involved in dozens of projects to help disadvantaged people, on and off Phuket. For more information, contact Brad Kenny at esppkt@ksc.th.co.