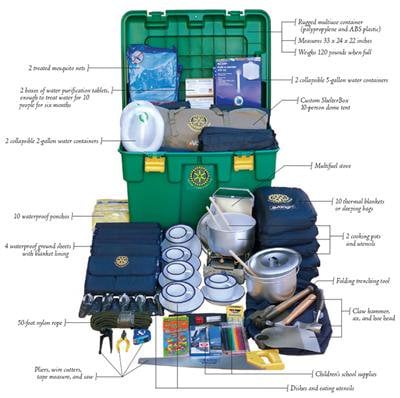 PHUKET TOWN: The Rotary Club of Patong Beach is accepting donations to provide relief to survivors of the devastating earthquake in Haiti on Tuesday that killed tens of thousands and left many more without food and shelter.

Brad Kenny, chairman of the clubs’ services committee, issued the following statement about the project:

‘The world opened their hearts to us in Thailand when the 2004 tsunami hit. We at the Rotary Club of Patong Beach have since assisted in other worldwide disasters and will do the same for the recent earthquake in Haiti that has devastated that country.

‘Through our natural disaster experiences and extensive research on the situation in Haiti, we have chosen to send aid through a world wide Rotary project called Shelter Box – a kit providing basic survival equipment including a ten-person tent, water purification tablets, cooking equipment, and provisions allowing a family of up to ten to have shelter and basic survival equipment for up to six months.

‘We choose to do so through Shelter Box Canada because of the favorable exchange rate and also because it is expected that if one of our local Canadian Rotarians sends the funds in as a Canadian citizen the Canadian Government’s CIDA organization will then match the donated amounts, effectively doubling the contribution.

Donations can be made through the following bank account: