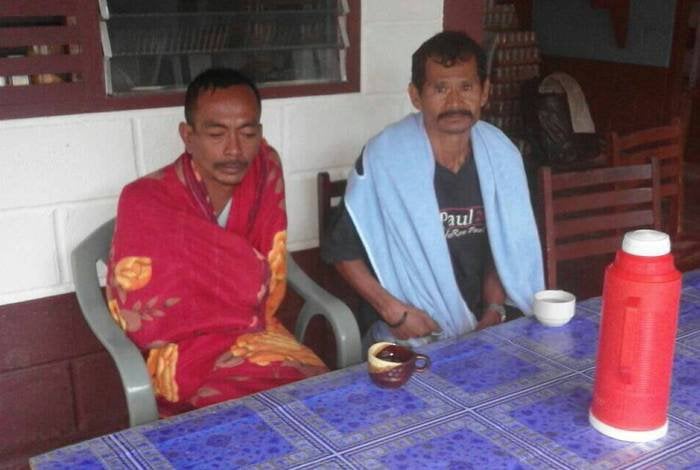 Marine Police and the Navy immediately began a search for the 15-meter-long boat and the two men on board, Anan Buabthong, 49, and Somporn Jindakorn, 52.

“While conducting the search we received a report from fishermen that they had located the pair and took them to Koh Pai, where they were being taken care of by Phi Phi National Park officers,” said Lt Col Anurak.

Both men were taken to Phi Phi Hospital for treatment, after having been clinging to debris for hours.

“The captain, Mr Anan, said that they departed Krabi at 10am in calm seas. However, a rogue wave, that was about three meters high, struck them hard,” said Mr Anurak.

“As the boat started to take on water, another large wave hit it and sunk it.”

The estimated cost of the loss of the boat and supplies is 700,000 baht, Mr Anurak confirmed.