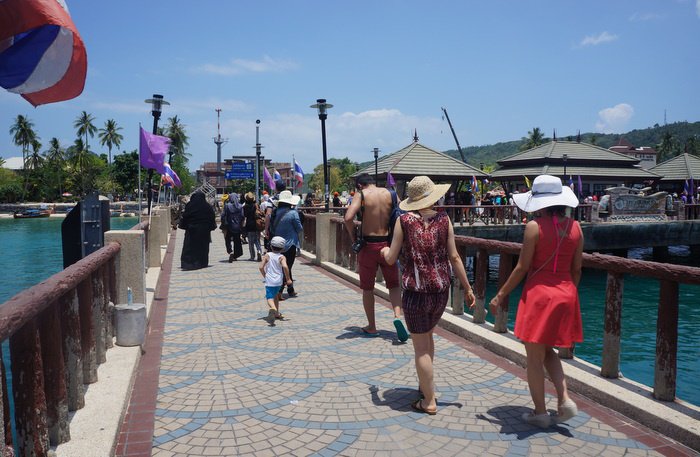 A two-month, national-level investigation by the Department of National Parks, Wildlife and Plant Conservation (DNP) uncovered unnerving discrepancies in the number of visitors to the park and the actual amount of money that could officially be accounted for.

“On May 17, only one day before the officers arrived, the amount collected for the Phi Phi national park entrance fee was recorded at only about 80,000 baht,” Dr Thon said. “However, a day after, the amount became more than a half million baht. During the two-month investigation, June and July, they collected about one million baht on some days.”

As part of the investigation, Chaithat Boonphupantanti, chief of the national park, was transferred to the position of Director of Watershed Conservation. The new park chief was named as Sorayut Tansathian.

It is estimated that more than one million tourists visit Phi Phi national park annually, with each required to pay 400 baht per person if they are visiting Phi Phi Leh (Maya Bay), Koh Mai Pai or Rai Leh. Tourists visiting Susan Hoi or Thap Kaek are charged only 200 baht.

The 20-baht fee for all tourists as they arrive at Ton Sai Pier on Phi Phi Don is collected by the Ao Nang Local Administration Organization (OrBorTor), and unrelated to the current investigation, Dr Thon explained.

“Still, the numbers simply don’t add up. So we brought the issue to Cabinet and the Prime Minister approved a change in how park fees are collected,” Dr Thon said.

The new system will require all national park fees to be paid directly to the central DNP office in Bangkok, similar to the system established by Thai Ticket Major. The changes are expected to be pushed through by October.

“By doing this, we can ensure that all fees are being collected properly. Also, the DNP can better regulate the number of tourists visiting certain fragile ecosystems in national parks,” said Dr Thon. “Local national park officers will still be sent out to check that tourists have bought tickets, but will not be permitted to sell tickets.”