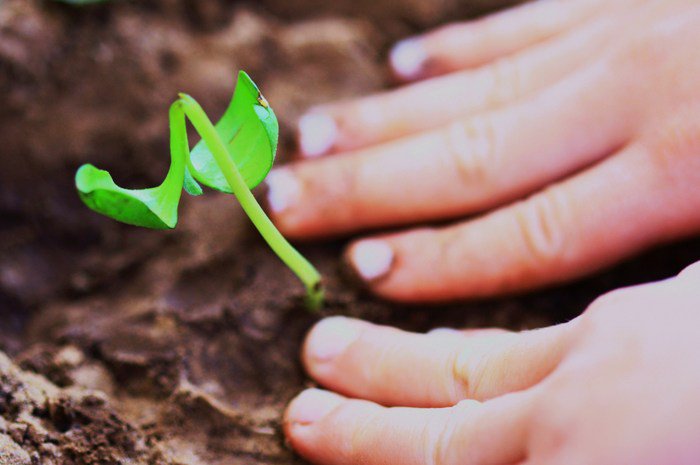 PHUKET: I recently received an unusual request. Would I talk to a class of pre-school children about plants? The name ‘pre-school’ is a bit of a misnomer since this United Nations of a class was already at the tender age of four to five attending school everyday.

I hesitated for all of two minutes before emailing back and agreeing to come. The charming teacher, Marisol de Cuevas, from Puerto Rico, offered a few wise words of advice in advance: They all speak English as a second language, they are all bright, but at this age they only have a short attention span. So it would need to be an interactive and hands on session. I prepared accordingly; variety is the spice of life.

Where to begin? I made a line drawing of a flowering plant with a felt -tip pen and another of a larger than life bee. A copy for each student. A papaya was picked from the garden and a bunch of rosy-red lychees, complete with leaves and stems – bought from Tesco. Supermarkets sell lychees this way so that they last longer on the shelves as well as look prettier.

I took seeds already dried in the sun from another papaya (carica), from a sunflower (helianthus) and from a yellow bells tree (tecoma stans) which flourishes besides my swimming pool and which, as a paid-up member of the legume family, not only produces year round golden trumpets, but masses of seed pods. Last but not least a bag of compost and half a dozen black plastic pots.

Called The International Quality School [IQS] of Phuket, it lives up to its name. The brain-child of a doctrinaire American educator, there are 37 similar schools in no fewer than 27 countries. Even more surprising, they are all non-profit establishments.

Naturally, the classroom provided a perfect learning environment: small tables and chairs for sit-down activities such as looking at picture books and drawing, and a large carpeted area with colorful cushions where we could exchange ideas. Children’s work adorned the walls. A relaxed yet creative and purposeful air.

I had included Thai names on the plant outline, but these proved unnecessary as the student’s English was remarkably good and they were both eager to learn and genuinely bi-lingual: Russian , Italian, Thai, French, American, English, Tajikstani – it did not matter. And for good measure, the teaching assistant, Roche, was South African!

We began by coloring the plant picture which the children all did with alacrity, some producing multi-colored petals, but most sticking closer to reality. We identified the parts of the plant – root, stem, leaf and flower – and though we did not consider why leaves are green – too difficult to grasp at this tender age – we did wonder why flowers have pretty colors. It is, of course, for the same reason that many blooms smell so sweet – to attract insects, especially bees and butterflies.

We talked about how plants feed and Ms Cuevas stripped off the plastic sheeting from a periwinkle plant she had brought along, revealing the complex root system. Gasps of surprise!

We next asked some questions about what happens once the flowers finish blooming, which brought us to the topic of seeds and fruits. Different seeds were handed round and the class was shown how seeds – the source of new plants – can travel. Thus the yellow bells seeds were ‘winged’ and could flutter some distance in the wind, while a huge hard nut (barringtonia) which I had brought along, grows on a seaside tree, and often floats for hundreds of miles before finding a new home.

Ms Cuevas then cut open the papaya and showed how seeds often live inside a fruit whose rind protects them from intruders. We then looked at the lychees – still attached to their branches – and took off the hard skin. Very soon the sweet flesh of both the papaya and the lychees had disappeared leaving only seeds clutched in tiny palms.

Time to go outside and do some planting in the garden. So we washed our sticky hands, put the compost in the pots and pressed down the soil, before putting the seeds on top and pushing them into the earth . All the lychee seeds were planted, but I doubt that many will germinate. The sunflowers and papayas have a much better chance provided the pots are watered every two or three days. As I am sure they will be.

Finally after another water break, we trooped back to the classroom for a quick chat about bees. Very important, even at this age to know how crucial these precious insects are to the planet’s survival. Wonder workers who not only cover a collective 30,000 miles to produce a liter of honey, but more importantly are essential to the very survival of the world’s flora.

I am sure that when this animated group get round to coloring in their bee pictures, Ms Cuevas will remind them of this precious heritage.

Dr.Patrick Campbell has written more than 300 gardening columns for the Phuket Gazette. In the newspaper’s revised format, he will still contribute one monthly piece on gardening and another on environmental issues.
If you have a question or a garden that you would like to see featured, email Patrick at drpaccampbell@gmail.com. Many of Patrick’s past articles and his academic and creative publications can be accessed at patrickaccampbell.wordpress.com.

Books: Get lost in an epic Jamaican novel