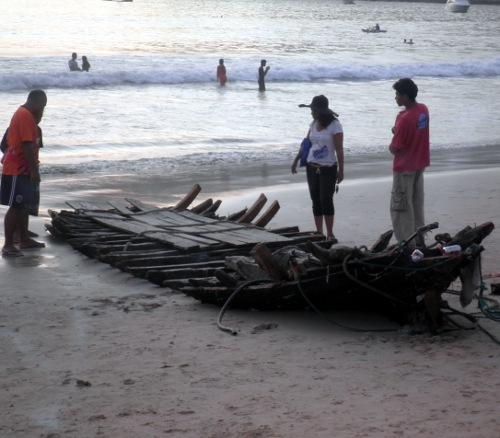 Nearly 3,000 Rohingya have been caught entering Thailand as they take advantage of the calmer weather conditions in the Andaman sea from October through April according to Maj Gen Manas.

Mr Samirusen, one of 22 male Rohingya refugees being held and receiving aid at the Ranong Immigration Office before being “softly deported”, explained through a translator that it was never his goal to enter Thailand.

“We just wanted to get away from Burma. We left home because Burmese soldiers forced us out. Some of our parents were killed by the army, and many of us have been separated from family members who were forced to travel in different boats,” Mr Samirusen said.

A Ranong immigration official assured Mr Samirusen and other detainees that they would not be sent back to Myanmar.

“We will certainly not hand you over to the Burmese government,” the official said.

The ISOC meeting on Saturday was designed to re-outline and highlight the procedures for the Thai Government’s strategy aimed at preventing illegal immigrants and refugees from landing within The Kingdom. The strategy, formulated in March last year, is known as “Protecting the Andaman” (story here).

“We send out patrol boats to dissuade them from coming close to shore; if they come close, we talk to them and persuade them to continue their voyage; if they land, we provide them with fuel and humanitarian aid,” Maj Gen Manas said at the meeting.

General Manas noted that the ISOC had repelled 21 Rohingya boats, and the Third Naval Area Command had turned away seven so far this season.