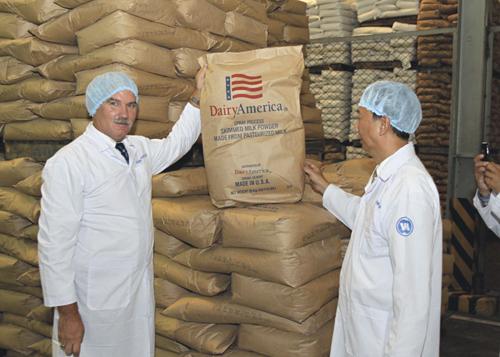 PHUKET: Rising costs from higher wages and currency appreciation in China over the last two decades are prompting multinationals to look at expanding elsewhere, with ASEAN countries – particularly Vietnam – poised to benefit most.

A recent report published by HSBC Global Research, titled “The great migration – how FDI [Foreign Direct Investment] is moving to ASEAN and India”, outlined this trend.

The study highlighted Thailand’s competitive business environment, which it ranked second only to Malaysia, as well as its advantages over other ASEAN countries in terms of having strong links to regional markets, decent infrastructure and high labor skill levels.
And while Thailand is still considered an ideal destination for Japanese manufacturers, as the country is already an established manufacturing hub for investors from that country, the report warned that such companies are increasingly looking for ways to diversify due to risks posed by politics and flooding.

Moreover, the report noted that labor costs in Thailand are higher than in other ASEAN countries, although the country excels in skill levels, as well as ease of doing business.

This means that firms more sensitive to costs, or those which need less skilled manufacturing, may be less attracted to Thailand.

Moreover, Thailand’s working population age growth rate will begin to decline during this decade, which means that wage pressure will continue to rise, adding to cost pressure.

As such, the report projected that Thailand is likely to concentrate on medium to high end manufacturing, leaving the low-end market to countries such as Vietnam and Indonesia.

In addition to India and Indonesia, the report particularly highlighted Vietnam as a country poised to continue to lead the region in luring an increased volume of FDI in the coming years.

The study attributed this to the country’s wages being the lowest among major ASEAN members.

Also, Vietnam’s business environment is more competitive than that of the Philippines and Indonesia, though it still trails significantly behind Thailand and Malaysia.

The country’s urbanization rate is still low at 30% and should continue to accelerate in the coming years.

More than 60% of its population is under 35, and the labor force is likely to expand in the next two decades, meaning more domestic demand and less wage pressure.

Due to high inflation and inefficient management of the economy in the past couple of years, the country has lost its luster as one of the best-performing countries in the region, the report said.

This has slowed FDI inflows, but they remain robust for a country of its size.

This has allowed Vietnam to gain considerable market share in low-skilled manufacturing such as clothing and footwear.

Its exports are also increasing in value, boosted by foreign investment in electronics by Korean and Japanese companies.

Notably, the country has seen a rapid rise in Japanese investment, a positive sign for future productivity and growth in manufacturing.

According to a survey by the Japan External Trade Organization, Japanese investors find Vietnam attractive because of its low production costs, abundant labor force and political stability, considering it to be cheaper and more stable than Thailand or China.

But Vietnam lags behind the other two in terms of its links to regional markets and the performance of Japanese firms investing there.

The appreciation of the Yen against the Dong is another driving incentive for Japanese investors, along with the Japanese government support for investment in Vietnam.

The survey suggests that should Vietnam keep improving its economic structure, FDI inflows are likely to accelerate.

Indeed, as production costs rise in China and Thailand in the coming decade, Vietnam looks well positioned to fill the gap and move up the value chain.

Phuket Business: MICE to bring in “the cheese’