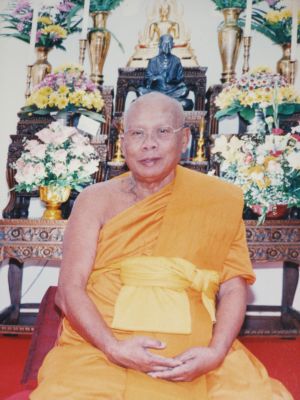 As head of Phuket’s provincial monastic council, Phra Ratchakiti Soonthorn was Phuket’s highest-ranking Buddhist cleric at the time of his death.

Born as Sommart Kinkaew, the Phuket native entered the monkhood at the age of 22, when he was ordained at Wat Thepkrasattri.

He was named Abbot of Wat Thepnimit, in Wichit, 32 years ago and was appointed chairman of the provincial monks’ council in 1999.

Hundreds of followers and dignitaries, including Phuket Governor Niran Kalayanamit, paid their respects by attending the funeral bathing of the body ceremony at Wat Thepnimit yesterday morning.

After the ceremony his body was placed in a coffin, where it will lie in state until March 5.

The cremation ceremony will be held after a 100-day mourning period has passed, starting from March 6.