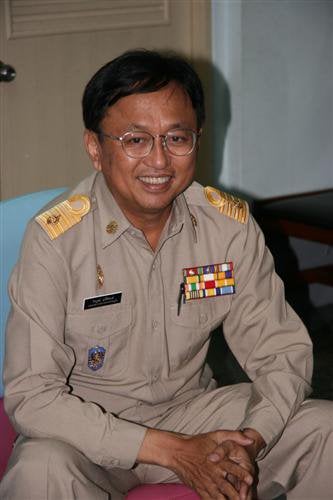 He said the hospital should enter service in the middle of next year.

The PPAO originally bought the Phyathai Hospital from the Thai Asset Management Corporation for 327 million baht in August 2007.

The hospital had been left abandoned for several years until the government buyout.

A further 200 million baht is being spent on new medical equipment for the facility, Mr Paiboon said.

The ten-story hospital will house 217 beds and a specialist kidney dialysis center with an admittance capacity of 80 patients per day.

Mr Paiboon said the unit would serve as a vital lifeline for the Andaman region for patients with kidney disease.

Former PPAO president Anchalee Vanich-Thepabutr, who now serves as deputy secretary of the office of the prime minister, instigated the plans two years ago.

Phuket’s private hospitals were providing excellent services but were expensive, she said.

The new PPAO Hospital would aim to provide a mid-priced treatment option for the island’s middle classes, she explained.