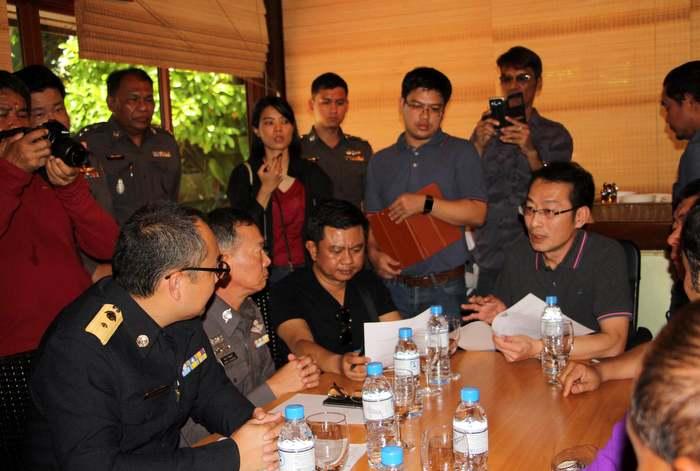 PHUKET: A four-star hotel in Koh Yao Yai has had it’s assets frozen, after officers from the Anti-Money Laundering Office (AMLO) began investigating whether the resort is being used to launder money and evade taxes for the embattled Tranlee Travel Co Ltd.

During a joint task force raid on Saturday, AMLO officers said they were inspecting Blue Bay Resort’s land documents, and suspect that the 330-room luxury hotel was being used to shelter profits for the travel group under investigation.

In early July, investigators seized buses, boats, land and millions of baht from Tranlee as part of their investigations into the operations of the Phuket-based tour operator (story here).

“We believe that the hotel’s assets are part of a money laundering and tax-evasion operation,” Mr Piya said. “We will freeze Blue Bay Resort’s assets for 90 days while we look at their books. The business still can run normally, but the revenue and all assets will be under the control of the AMLO. This way it will not affect tourism,” said Mr Piya.

“Initially, they presented seven pieces of land ownership documents, covering more than 19 rai,” General Suchet said. “We then divided the task force into seven groups to measure the plots and noted all of the developments for further investigation.”

“We will transparently look into the land documents and will take every precaution not to disturb the island’s tourism,” he added.

During the task force raid, officers found that more than 40 per cent of the resort’s guests had moved out of the hotel.