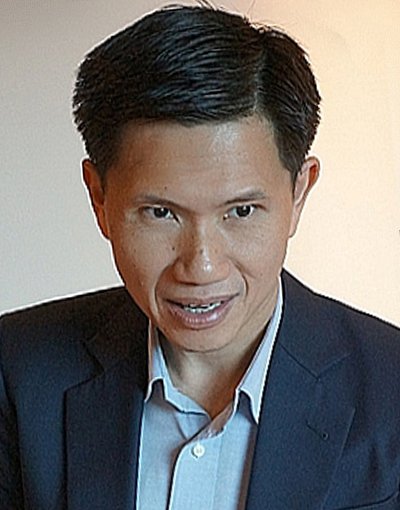 PHUKET: Dr Thitinan Pongsudhirak Director of the Institute of Security and International Studies at Chulalongkorn University and a former op-ed contributor to the Phuket Gazette, spoke to the island’s International Business Association last week. In an exclusive interview before that talk, he sat down with Phuket Gazette News Editor Stephen Fein and News Manager Chris Husted to discuss several issues affecting Phuket and its future.

Stephen Fein: How big a threat to Thai security is the Deep South and the recent bombings there?

Dr Thitinan Pongsudhirak: There has been an exhaustion of studies on the Deep South. The structure of the conflict and the insurgency has not changed over the past five years.

There is some insurgency involved, but there is also some domestic criminality involved. If you were engaging in smuggling, money laundering, trafficking – there are a lot of all these crimes as well – you would also want some instability, not peace. A lot of the people involved are officials, key police, local politicians.

But the car bombs were pretty clearly the handiwork of insurgents. There are a range of them led by the Barisan Revolusi Nasional, or BRNC. From studies there seems to be a consensus that they number from 2,000 to 5,000, in disparate groups. They don’t have a clear line of command; they are not under one roof, one commander. There were some talks about negotiations, about resolution, but without progress.

The conflict has been confined to the Deep South: specifically Yala, Pattani and Narathiwat and a few districts of Songkhla. That tells us a lot of things. It tell us that this is not an international terrorist movement. If it were international they would not be confined to a specific geographical area.

Second, it should tell us that it could spread, possibly to [tourist destinations such as] Phuket and Chiang Mai and the ramifications would be dire.

One big car bomb in Phuket or Bangkok or Chiang Mai would be a game changer for Thailand.

TP: I think it is only a reminder. It’s potent and deadly, but if you look back at the patterns of previous incidents, there were some very serious and grave incidents in the past. Lee Gardens is only the most recent reminder that this has not gone away.

SF: But the Lee Gardens device was on a different level than anything we’ve seen in the past.

TP: Yes. Over time the technology has been diffused. Many people can now make car bombs now, but the material required still requires some sophistication, some access, some logistics and organization. So, to sum up, it has been confined so far but we cannot take it for granted that it will not spread. We have to be vigilant.

We have also to look at the modalities for resolution. From a study of all the analyses done, it is clear that these modalities ultimately have to include negotiations. If the authorities cannot eliminate the insurgents completely, like they did in Sri Lanka, then the insurgents cannot really win and take over control of infrastructure such as power stations and then later move into Provincial Halls. So the insurgents must have an interest in getting what they want short of complete control.

It will also take a change of mindset in Bangkok. Some level of autonomy could be broached, perhaps a special administrative region or zone of the kind that already exists for Pattaya.

Chris Husted: I am not sure if you are aware that we have at least 100,000 Burmese living here in Phuket, maybe about 30,000 of which are legally registered. After the elections in Burma, we are already starting to see a lot of them go back. They do much of the heavy lifting here in Phuket, providing cheap labor for the construction industry. They even built the Big Buddha image that is now a famous tourist attraction.

Do you think it is too early to predict what the long-term effect on the labor market here will be?

TP: This is a pattern nationwide, Burmese migrant workers doing the heavy lifting. Are they mostly Karen?

CH: No, they are mostly Mon.

TP: Ah, in central Thailand and Bangkok, they are mostly Karen. This is probably because of the transport situation. There they come through Karen State. So in this case imagine they come in through Ranong. I’d like to know if their work here is seasonal.

CH: I think most of them stay for a long time. We recently interviewed one man who said, “After 20 years, it is time to go home.”

TP: Well, There no doubt that there has been growing pressure on wages already, even before the explosion of progress we have seen in Myanmar over the past six to eight months. Without that there would be more migrant workers coming from Myanmar.
Labor is becoming more expensive, but the return to Burma of some migrant workers might not be for the long term.

It depends on how things shape up in Myanmar. There will be a lot of business there, of course, but it will take time. In the medium term, I don’t rule out they will go back and look for work there. But it is all about jobs, where the jobs are and where the pay is. If they can have some of that in Myanmar, then yes – we will see some return, but don’t forget that we are looking at a more integrated labor market.

Mons can come and go. They’ll make their calculations based on where the jobs are. In the ethnic minority areas, it is still no so easy. Many of the ceasefire agreements are quite tentative, and they have to start [economic production] from scratch. So give it six months and see what happens. I wouldn’t be surprised to see many of them coming back here.

SF: What about the second-generation Burmese? There are some who were born here and have never even been to Burma.

TP: They are not going back. This happens in other countries too, where you have second generation and beyond. This is why I advocate that the Thai state should accommodate them through education and healthcare at the minimum, and some residency rights eventually leading to citizenship.

This is not uncommon in other countries. In the long term I think we will have to do that, otherwise what will they do here if they don’t have healthcare and education and they don’t want to go back to Myanmar? They need jobs, rights and so on. They have to be productive – and there are thousands and thousands of them.

SF: Do you think Myanmar will emerge as a serious competitor in regional markets that were previously dominated by other countries, such as Thailand?

TP: It’s hard to start from scratch. Look at the case of Thailand, we have a “first mover” advantage, this critical mass. We have come a long way. For one to start from scratch with no easy template, it is going to be hard to compete. Thailand has a lot of problems and there are rising challenges as well, but it still has a lot going for it.

SF: What about in the tourism sector?

TP: If you ask a typical tourist 20 years from now if they would like to go to Dawei or some resort in Myanmar rather than here, some would choose to go there out of novelty, pristine water and so on. But many will still choose to come here still because of the combination of convenience, food, hospitality and so on. So I think the future will be okay, but Phuket will need to make some adjustments.

Two dead in Phuket as pickup slams into house