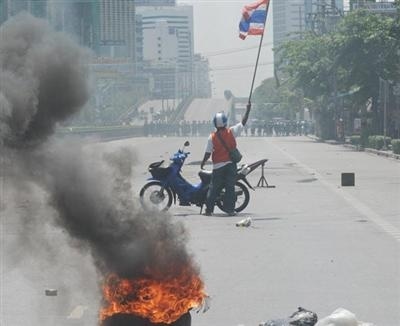 PHUKET: Most Phuket Gazette online readers think the political turmoil in April and May seriously harmed Phuket’s economy, the results of the latest readers’ poll reveal.

A smaller percentage, 27.6%, said the events had hurt Phuket’s economy ‘a little’, while 5.2% thought Phuket had not been affected at all.

Only 7.5% of readers believed the turmoil had a positive effect on the local economy.

The two-week poll opened May 22, three days after the protests in Bangkok turned violent with shootings and arson attacks.

In a demographic breakdown, 67% of foreign residents thought the impact was serious, compared with 52% of people who identified themselves as tourists or visitors.

Some 44% of Thais who voted in the poll tended to be less pessimistic, thinking the impact was ‘serious’ compared with 33% who thought the economy was only affected ‘a little’.

Vice Governor Nivit back in Phuket