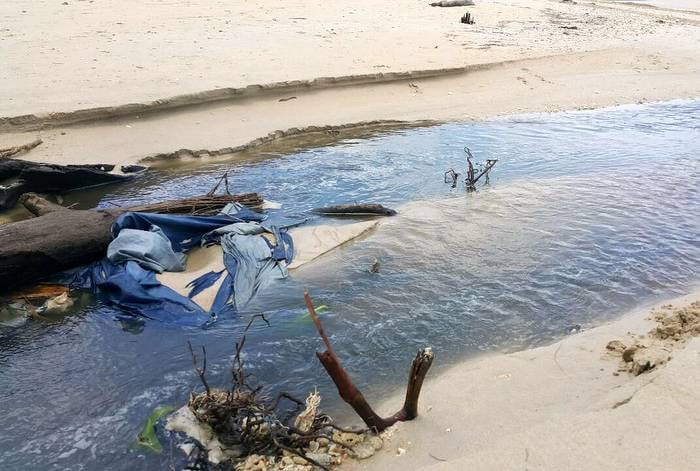 PHUKET: Officials are scrambling to minimize the damage of rank-smelling water from a blocked canal that is overflowing and seeping across Nai Yang Beach into the sea.

“The locals say that the canal water has become foul because untreated wastewater was being discharged directly into the canal by business owners,” Thalang District chief Veera Kerdsirimongkol told the Phuket Gazette this afternoon.

“Additionally, the blockage in the canal was allowing the foul water to build up.”

“The OrBorTor is in the process of checking wastewater systems of both local residents and business owners in order to pinpoint the source of the contaminated water,” Mr Veera said.

The penalty for discharging untreated wastewater is a fine of up to 2,000 baht. However, Mr Veera explained that education would be the first step taken in putting an end to the issue.

“Tomorrow morning, all business owners and locals are required to meet with representatives of the Natural Resources and Environment Phuket Office and OrBorTor so that they can be properly educated about releasing untreated wastewater,” Mr Veera said.