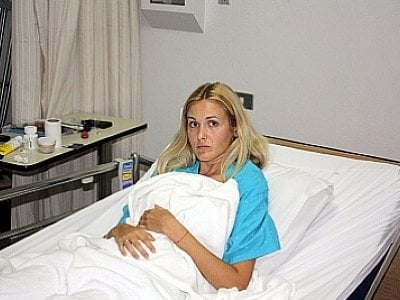 PHUKET: The whereabouts and future plans for Captain, the bull elephant that went on a rampage on September 12 sending a Ukrainian honeymooner to hospital with two broken legs, remain unclear amid dubious claims by the owners of Camp Chang Kalim.

In response to claims that Captain was the same elephant involved in a previous rampage in January 2010 that sent tourists running for their lives and a Swedish man to hospital with a broken leg, Camp Chang Kalim owner Witthaya “Ja” Thawiros said that it was a different bull.

“The ‘Captain’ we have now is registered as ‘Phamorn’ and is not the same as the other Captain, who was sent back to Yala [province] – where he’s from – following the incident when he was in musth [a period of heightened sexual excitement] during a trekking trip,” Mr Witthaya told the Phuket Gazette.

Musth is a period of heightened sexual excitement in bull elephants, characterized by highly aggressive behavior and coinciding with a surge in testosterone levels.

Mr Witthaya also said that the “current” Captain was sent off the island on Monday morning to Phang Nga province, where he is now working “dragging logs”.

“We got a lot of complaints about Captain through the media, so he hasn’t worked trekking since that day [September 12],” Mr Witthaya said.

However, Phuket Livestock Office veterinarian Chirayu Nirunwoj yesterday confirmed to the Gazette that his office has no record of any elephant called Captain being transferred off Phuket – neither after the 2010 incident nor the most recent.

“Normally, when animals are moved off the island, the Livestock Office must be informed, and we will issue paperwork to be presented at the checkpoint leaving the island. But, I have not heard anything from the camp about moving Captain out of Phuket,” Mr Chirayu said.

When presented with Mr Chirayu’s statement, camp owner Mr Witthaya responded: “As it was urgent, we did not inform the Livestock Office.”

Mr Chirayu said the only information his office has on Captain was that he was registered in 2009, had passed gas frequently on May 24, 2009, was in musth around the end of January 2010 (when the first rampage occurred), and was given anthelmintics (anti-parasitic drugs) in April 2010.

The records also show that Captain is 22 years old, weighs 3.5 tons and has never been transferred out of Phuket since registration.

Mr Chirayu said his office was not informed, however, that Captain’s bout with musth in January 2010 led to a rampage in which a tourist was seriously injured.

He pointed out that Captain’s latest rampage was likely not due to musth.

“It may have been that Captain does not like Pancake [the elephant the Ukrainians were riding] and he tusked her. It wasn’t related to musth – elephants are social animals, so there is a possibility they simply don’t like each other,” he said.

Mr Witthaya has a different version of events:

“Actually, I already explained to the Ukrainian couple [on Friday evening] that it was an accident,” Mr Witthaya said.

“While they were riding Pancake – who was about 10 meters ahead of Captain – a monitor lizard ran past Captain’s hind feet and scared him. Elephants are naturally afraid of snakes and lizards.

“This spooked Captain and he ran away, hitting Pancake in the front and causing her to fall with the couple sitting on her back. Pancake was trying to get up, but Captain probably thought she would hit him back so he kept tusking her. The Ukranian woman could not take off the safety belt made from rope, so the mahout and staff brought knives to cut it loose,” Mr Witthaya added.

Artem Perepelitsyn and Tetiana Meia, the Ukrainian victims, say that Captain charged and tusked Pancake three times before she fell – and continued to tusk her for “about two minutes”.

Asked if they were satisfied with Mr Witthaya’s version of the story, Mr Perepelitsyn responded with a defiant “No”.

“How can they claim that Captain was scared by a lizard? If they are using this elephant to trek in the jungle every day, I don’t think he’d be scared – he would be used to it,” Mr Perepelitsyn said.

He also pointed out the Captain charged three times before knocking Pancake over – he didn’t just “bump into her” while running scared, as the Camp owner claims.

Mr Chirayu of the Livestock Office echoed the sentiment: “I wasn’t there, but I’m curious about why Captain would have kept tusking Pancake. If it’s true that Captain panicked when the monitor ran past him, he would not have intended to tusk Pancake like that.”

Mr Witthaya added that the company’s insurance policy covered all but 40,000 baht of the hospital bill, which he paid out-of-pocket.

“It’s not enough, but it’s better than nothing,” Mrs Meia said as the newlyweds readied for their flight home on Monday.

She pointed out that she will need extensive physical therapy, will miss at least two months of work, and will need to have the titanium plates in her legs removed at some point in the future. The extra 100,000 baht will not be enough, she said.

Camp Chang, although contradicted by Phuket officials, claims that they are left with six elephants after Captain’s alleged departure on Monday.

“Normally Captain was a nice elephant and many people liked him,” Mr Witthaya said.

“He was often hired to serve for [Buddhist monk] ordination ceremonies and weddings – that day was an accident. Now we’ll have to find an elephant to replace him,” he said.

Pancake is now recovering from “serious wounds to her stomach” at the elephant hospital in Klong Thom, Krabi province, Mr Chirayu said.

There are five hotels that have “small” elephants registered to them and about 20 elephant camps on Phuket, with a total of 189 registered elephants on the island, Mr Chirayu said.

Elephants can often be seen at tourist locations across Thailand.