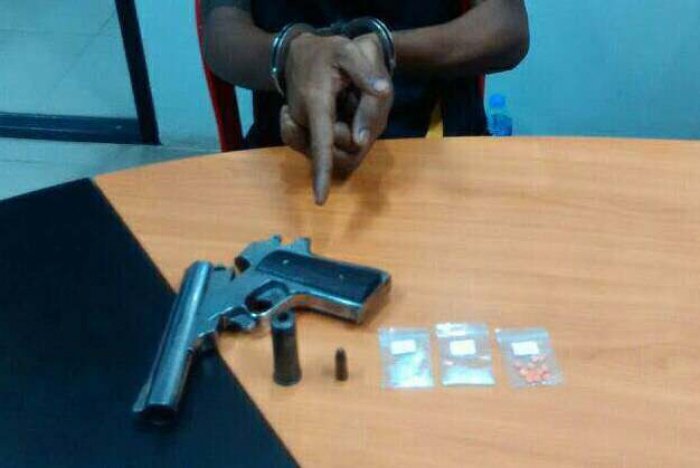 PHUKET: Police arrested six Phuket suspects this week for allegedly peddling drugs for a kingpin operating in a prison in Central Thailand.

“In two days of raids, we were able to make all six arrests and seize a total of 246 grams of ya ice [crystal methamphetamine] and 114 ya ba [methamphetamine] pills. Additionally, we seized one firearm,” Lt Col Prawit Engchuan of the Phuket Provincial Police said yesterday.

“After questioning the suspects, we learned that they were all part of a network connected to a prison in Central Thailand. However, at this time, we can’t reveal any further information,” Col Prawit said.