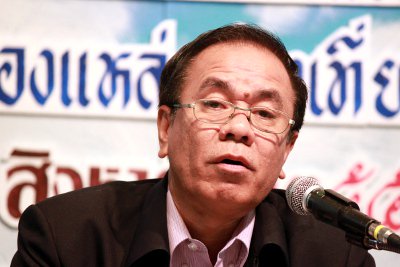 PHUKET: Officials are hoping to have enough public support by October to start the Environment Impact Assessment (EIA) for a 100-million-baht road through protected Phuket forest connecting Patong and Chalong.

The EIA will be a critical hurdle for the project as the proposed route will cut through at least one kilometer of protected national forest in the Nakkerd Hills.

In order for the project to pass its EIA, it must garner majority support from the local residents surveyed during the assessment process.

At the meeting in the Merlin Hotel on Friday, representatives from the three companies hired to conduct the EIA – Transconsult, Phisut Technology and Panya Consultants – presented four potential designs for the road.

Banpote Jaroensathayatam, executive director of Transconsult, explained, “One of the four plans is our top choice because it will pass through only one kilometer of the protected forest.”

Wongsakorn Noonchukhan, chief of the Public Works and Town and Country Planning Phuket office, explained that the new road was aimed at reducing the volume of traffic using existing roads between Chalong, where thousands of expats live, and Phuket’s busiest tourist town, Patong.

During the meeting, it was also explained that Cabinet approved the study for the new road on February 9, 2010. The approval was given on the basis that the project would help develop Phuket’s transportation infrastructure and hence help resolve the island’s ever-increasing traffic problems.

“The road joining Chalong and Patong has been there for at least 20 years, but it’s a rural road. It’s rough, uneven with large rocks used only by farmers transporting agricultural products,” Mr Wongsakorn said.

The meeting on Friday, attended by about 70 residents from Chalong and Patong, was the second public hearing held to gain feedback from local residents about building a new road along the proposed routes. The first was held on May 10 this year.

Phuket Sports: Dragons still on fire despite the rain