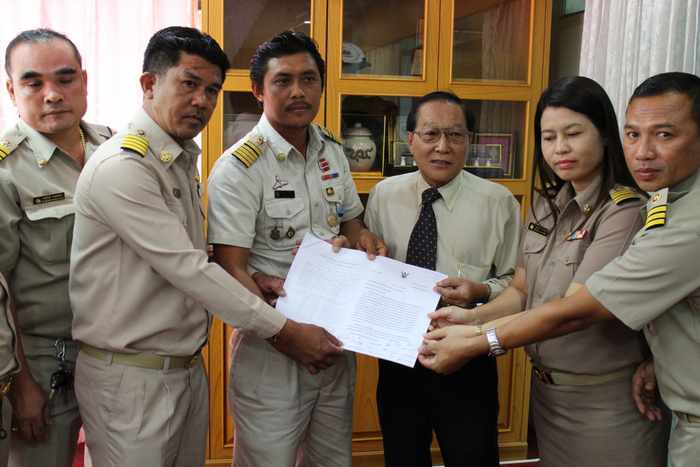 PHUKET: A protest in April over renewing the lease for Club Med’s beachfront property in Kata has won locals the promise of a public hearing before any decision is made.

“We will have a hearing next month,” Phuket Provincial Administration Organization [PPAO] Vice President Chawalit Na Nakorn told the Phuket Gazette this week.

“The interest of the majority is our concern. If the locals do not want the contract to be renewed, I am sure PPAO President Paiboon won’t do it.”

The resort’s 30-year lease, which began in 1985, expires on September 24 next year, and resort operators applied to renew the contract earlier this year (story here).

It was that application that spurred the April protest by Karon officials.

“For 30 years we have been waiting for the contract to expire,” Karon Subdistrict Chief (Kamnan) Winai Chidchiew said in April, arguing that the 39 rai of public land rented by the resort could be put to better use by locals.

Contacted on Thursday, Kamnan Winai expressed satisfaction that a hearing would be held.

“I am glad that the PPAO listened to us. Mr Paiboon could have made a decision to renew the contract, but he decided to hold a hearing, which is admirable,” Kamnan Winai said.

The current lease requires the resort to pay rent and donations to the PPAO and Karon Municipality. The rent of 5,982 baht has not changed over the years, but the amount of donations has increased.

The lease also required Holiday Village (Thailand), the operators of the resort, to finance various public works, including the construction of a road, beachfront sidewalk, two parking lots, public bathrooms and changing rooms and the purchase and remodeling of a school.