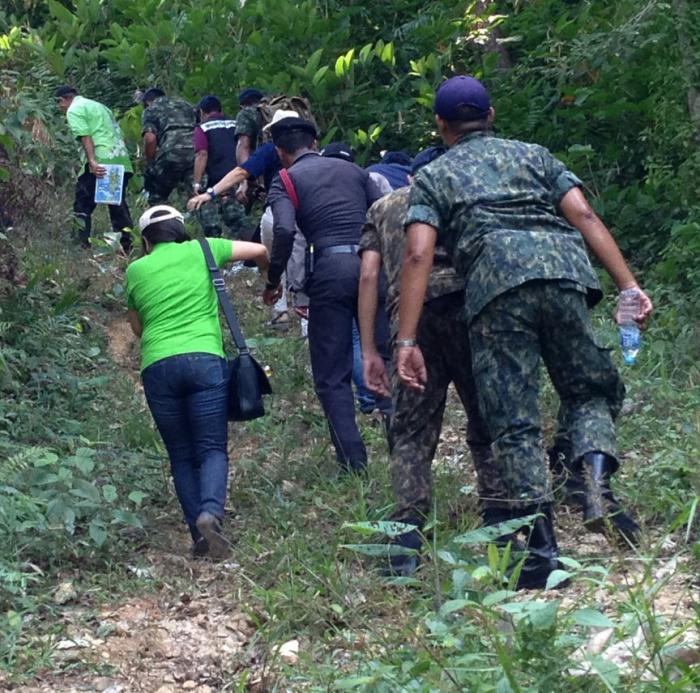 PHUKET: Four rai of forest on a hillside in Kamala was obliterated on Tuesday night to make room for a rubber plantation.

“The area has been ruined – all the trees were cut down and burned,” said Phuket Natural Resources and Environment Office Chief Kasem Sukwaree this morning. “Terracing had already been put up in preparation for establishing a rubber plantation.”

A pair of men was seen cutting grass during the clearing process by a night patrol consisting of Royal Forest Department – Phuket officers, Kathu District officers and volunteers. However, when the officers presented themselves the men managed to flee the scene.

“We spent hours searching for them, but couldn’t track them down,” said Chief Kasem.

On Wednesday, Phuket Governor Maitri Inthusut led an investigative team to the site.

“This is part of a very serious issue. There are many people encroaching on preserved forests on steep hillsides. We have to stop them and protect this important natural resource for the island,” Governor Maitri said.

“We must continue our investigation and patrol the area to ensure that we catch whoever is behind this.”