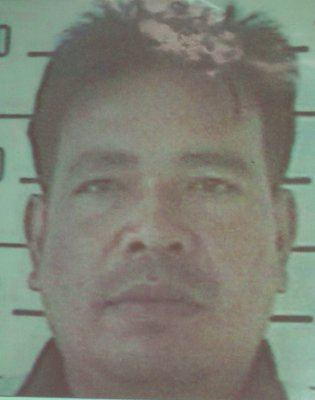 PHUKET: Phuket Police have arrested three people in connection with a web of crime including the assassination of a local newspaper editor and the attempted murder of the ex-husband of one of the accused. A police sergeant was among those arrested.

Local businessman Peerasak “Ko Yu” Aiewpanich was shot on October 19 last year while he was giving alms to monks on their morning round. He was left paralyzed by the attack.

On April 29 the editor of local newspaper Fahkumnod, Opas Noothong, was shot and killed while walking back to his office after a party. Police now believe the crimes were linked and have arrested the alleged mastermind, Ko Yu’s ex-wife, Veenakorn Boonyiun.

She is alleged to have ordered Ko Yu’s killing after she had become involved with another man and she had disputes with her husband over shared property.

Opas was employed by Veenakorn and is alleged to have assisted her in the shooting of Ko Yu. Opas was then killed, it is alleged, to prevent him from talking about the crime.

Pol Lt Gen Sien Kaewthong gave more details about the case saying, “Veenakorn married Ko Yu in 1998 and in March 2005 she went to court to sue for divorce.

“While the case was ongoing she became involved with another man, Ittipon [last name unknown]. They decided to hire a team to kill Ko Yu and enlisted the help of Opas.

“The two men then hired Somporn Kaewmanee to be the driver and Jaran Soparkij to be the gunman. After the shooting, Opas helped the two men to escape to a safe house and Veenakorn fled to Bangkok.”

The police investigated the crime but it was not until the killing of Opas that the breakthrough was made.

Investigators found links between the two cases and arrested Veeraporn and Somporn on June 1 for the attempted murder of Ko Yu. Somporn told police that he was glad to have been arrested because he feared for his life. He admitted involvement in the crime but said that he only drove the car and did not know in advance what going to happen.

Police arrested Sgt Niwat, accusing him of driving the motorbike in the killing of Opas.

The alleged gunman, Jaran, is still at large.

More yellow shirts on the way