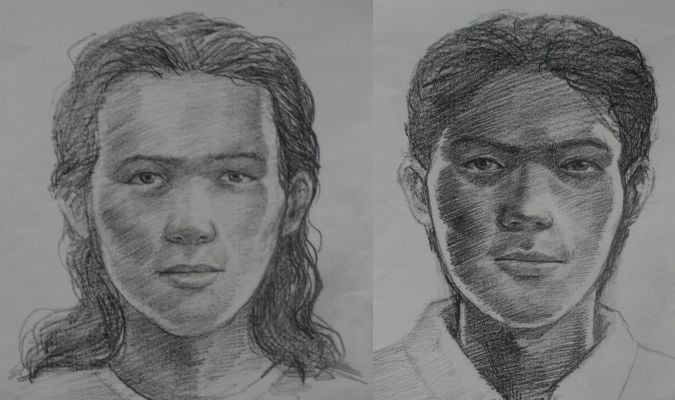 WICHIT: Police are still searching for two men who robbed a gold shop on Chao Fa East Rd Wednesday morning, escaping with jewelry valued at more than a million baht.

Armed with what appeared to be a short-barrel shotgun, a long-haired man entered the shop while his accomplice waited outside on a motorbike, its engine still running.

The bandit ordered the lone employee to lie on the floor, then walked around the counter to the display case, where he smashed the glass with the butt of the gun and removed gold jewelry.

He quickly placed the loot in a back bag then fled the scene riding pillion on the motorbike, Lt Theeradet said.

As the pair were making their getaway, 27-year-old shopkeeper Petchthamrong Longthong, a relative of the owner, fired two shots at the fleeing thieves. However, both shots missed and hit parked cars.

At a press conference at Phuket City Police Station on Thursday, Police Region 8 Deputy Commissioner Pol Maj Gen Tavat Boonfueng said the two suspects were still at-large, but that police had a good description of the men.

Although both were wearing full-face motorcycle helmets, their images were recorded by the shops CCTV camera, he said.

Also, immediately after the heist the shopkeeper dialed 191 and Traffic Police officers nearby were alerted. Although they were unable to catch the pair, the officers were able to provide enough information for composite sketches to be drawn, which Maj Gen Tavat described as “about 70% accurate”.

Physical evidence in the case includes fingerprints dusted from one of the robber’s motorcycle helmets, found lying by the side of Soi Ta-iad in Wichit, he said.

The last major gold shop heist in Phuket was in January, 2007, when a lone armed robber made off with jewelry worth about 1.2 million baht from Thongroj gold shop, also on Chao Fa East Rd in Wichit.

There are about 70 gold shops in Phuket, most are in Phuket City and Patong.