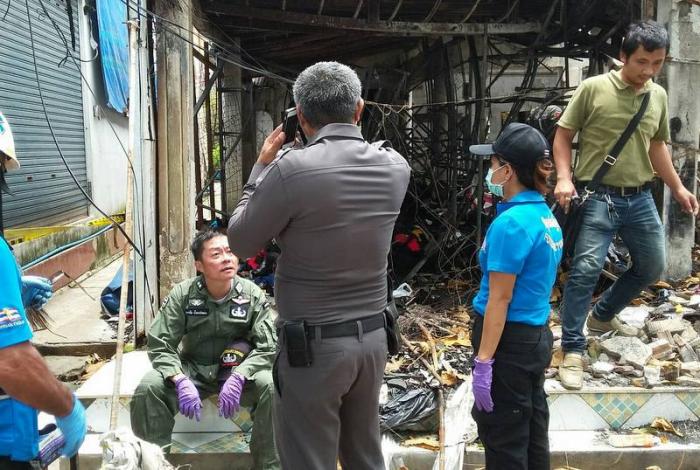 KRABI: Police in Ao Nang recovered two devices yesterday that they suspect were part of the incendiary bombs used to set fire to a souvenir shop in the tourist destination on August 12.

Col Surapol said the EOD team investigated the scene for about five hours before discovering the two badly-burned suspicious objects in the shop’s pant and shirt section. The devices include the circuit board of a mobile phone, a battery, wires and metal fragments. Devices used in the attacks that left four dead and injured over 30 across Thailand’s south earlier this month reportedly utilized mobile phones as explosive controllers.

“The stall owner, whose name is being withheld, said that on August 10, a pair of men wearing jackets, sunglasses and surgical masks entered the shop,” Col Surapol said. “They pretended to be shopping for clothes for an hour before leaving the shop.”

Police reported that evidence suggests that the first incendiary device set fire to the pants section. However, a second device in a shirts section of the store did not appear to have detonated, but was damaged in the resulting fire.

Col Surapol said police are continuing to investigate the crime scene and are examining local CCTV footage for the two suspects.