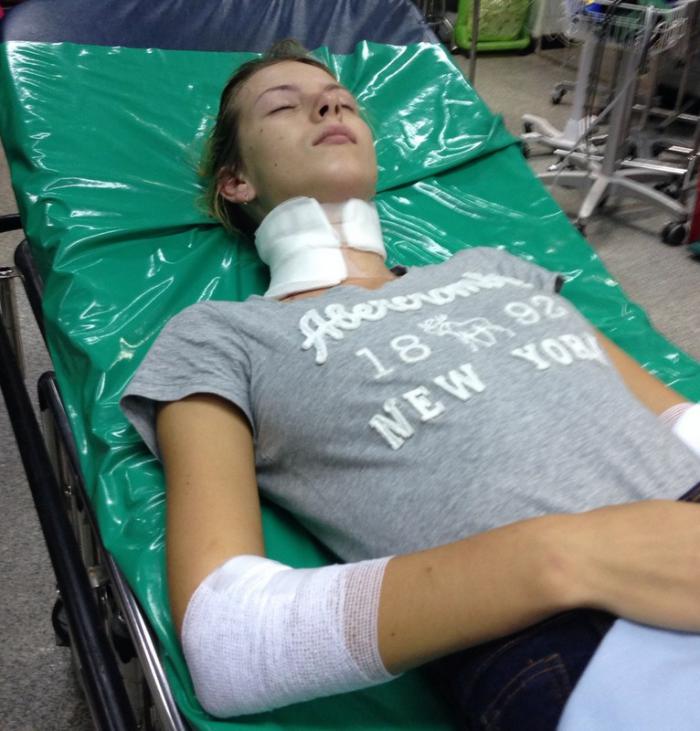 PHUKET: Police have posted an around-the-clock guard outside the hospital room of the Russian woman who was found injured yesterday after having disappeared for nine days.

Friends say the woman, Iana Strizheus, 22, may have been the victim of a kidnapping.

“We don’t know how Ms Strizheus was injured, but given the circumstances, we are taking the precaution of posting a guard at her room,” Maj Gen Ong-art said.

Ms Strizheus and her Russian boyfriend Alexey Slabinskiy, 39, were last seen by friends on March 7 and reported missing to the police on March 12.

Ms Strizheus was found by a maid at the Blue Garden Resort and Spa at about 6pm yesterday. Police found her lying on the bed in a guestroom with deep cuts to her neck and right wrist.

On the bed were dried blood, clothes, bottles of beer and a pack of washing powder. Ripped Thai currency was also found in the room. There was no sign of Mr Slabinskiy.

That money was not transferred, Col ML Pattanachak added.

“Friends and relatives could not contact the couple by telephone after that day,” he added.

Yesterday morning, police and relatives went to the house in Kamala that the couple had been renting since April last year.

“Their friends said they came here to travel and rented a house,” Col ML Pattanachak said.

“No one was at the house, but everything appeared in order. There were no signs of disturbance.”

Ms Strizheus has not responded to initial questioning by police.

“She did not say anything to us. Her eyes were unfocused and she appeared to be in shock. We will question her again after she is released from the hospital,” he said.