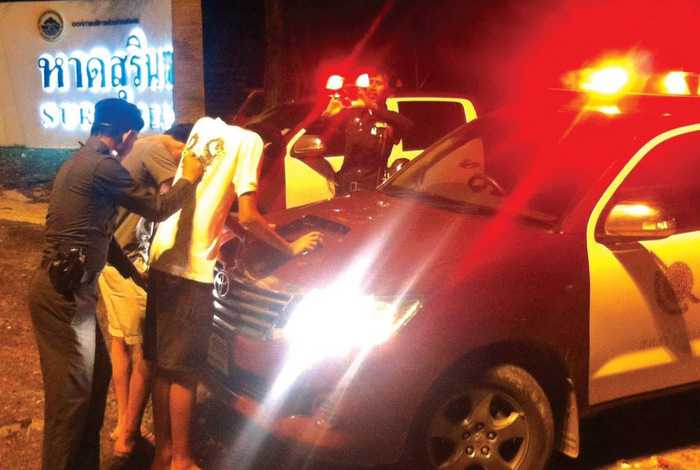 PHUKET: The increased number of unemployed people roaming Phuket’s streets since the mass cleanup of the island’s beaches has led to a plague of burglaries targeting villas in Cherng Talay, the local police superintendent has confessed to the Phuket Gazette.

“We are not sure if every robbery is being reported to us, but we often receive complaints,” Cherng Talay Police Superintendent Paworn Pornpromma said.

“We are doing our best to combat the problem, but it’s difficult. There are just too many unemployed workers in the area due to the National Council for Peace and Order’s cleanup of the beaches.”

The Cherng Talay Police Station has a total of 60 officers, 12 of whom are patrol officers.

“It isn’t enough to handle the problem,” Col Paworn said.

“Even when we catch these gangs of thieves, it doesn’t stop. We arrested two gangs, and as soon as they were released on bail, they went straight back to robbing houses.”

Col Paworn explained that he has dispatched letters requesting more officers to be stationed in Cherng Talay, but with no success.

“We really can’t wait anymore, the problem must be dealt with now,” Col Paworn said.

For immediate results, the police were originally trying to bring 60 part-time volunteers on board, training them up as Civil Defense Volunteers. However, due to the upcoming high season, many qualified perspective volunteers are being hired to work in the tourism industry.

“At the moment we only have four Civil Defense Volunteers on duty in our area, but we are looking to add 10 more. These will be full-time volunteers, so they will receive some income, as well as food,” said Col Paworn.

Col Paworn cited the Koh Tao murders as an example of how completely an island’s image can be destroyed by crime.

“I won’t let that happen in Phuket, especially in my area of responsibility. Even though Cherng Talay is a bigger area, containing more people, I will not allow that to happen,” Col Paworn said.

“Besides the 14 Civil Defense Volunteers, all I can do is hope that eventually we will get more officers. I think we need almost 50 more to adequately ensure the safety of everyone in our jurisdiction.

Phuket urged not to panic over terrorist watch in Southern Thailand