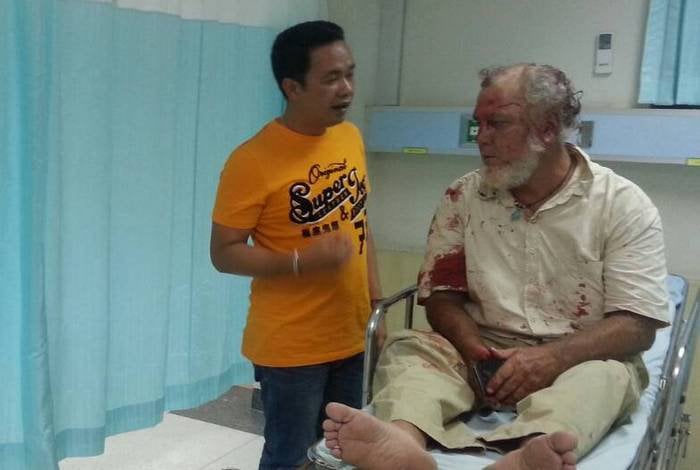 PHUKET: Police have dropped the case against Australian expat and Phuket community member Mark Pendlebury for the fatal stabbing of a nightclub employee across the street from the island’s famed party strip, Soi Bangla, in March.

The decision was made by police after CCTV footage surfaced backing claims that Mr Pendlebury had acted in self defence when confronted by 25-year-old Sanya Khlueawaengmon in the early hours of March 11 (story here).

“The video footage, which we are unable to reveal to the public at the moment, shows Mr Pendlebury being attacked by a group of men before pulling out his knife in an attempt to defend himself,” Lt Col Jessada Saengsuree of the Patong Police told the Phuket Gazette.

“Though police will not press charges against Mr Pendlebury, his case will be sent to the Public Prosecutor and the prosecutor will have to decide whether or not he agrees with us and to dismiss the case.”

If the prosecutor does not concur with the Patong Police, the case will be sent back to police for further investigation, confirmed Col Jessada.

“There has already been a settlement between the parties. However, I prefer not to reveal any details about it,” said Col Jessada.

Mr Pendlebury’s lawyer, Chaiyot Panyawai, confirmed to the Gazette that a settlement had been reached and that Mr Sanya’s family understood that Mr Pendlebury had not started the fight.

“However, I prefer not to comment too much, as the case has yet to go to court. I am sure the police will do their best before handing the case over to the prosecutor,” said Mr Chaiyot. “I will, of course, continue with my duties to ensure the best results for my client.”