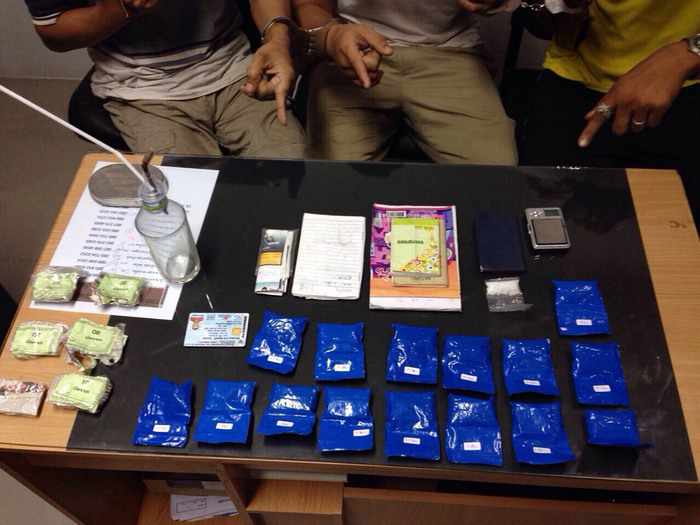 PHUKET: Phuket Police arrested three drug dealers yesterday at their Koh Kaew drug house in possession of more than 2,000 pills of ya bah (methamphetamine) and 3.40 grams of ya ice (crystal methamphetamine).

Police moved in to make the arrests after a tip-off from an informant led them to a house in Chaofa Garden Home housing estate in Koh Kaew, said Lt Col Jarun Bangprasert of the Phuket Provincial Police.

“We had been watching the house for a while, then we saw three people leave at the same time,” Col Jarun said.

After questioning them, police learned that they had bought the drugs in Ang Thong province and transported them to Phuket themselves.

“The house was used as a distribution point for drugs sold throughout Phuket Town, Koh Kaew and Tah Rua,” said Col Jarun.

The three suspects were charged with possession of a Category 1 drug with intent to sell.

Police are questioning the suspects for more information about possible drug networks.