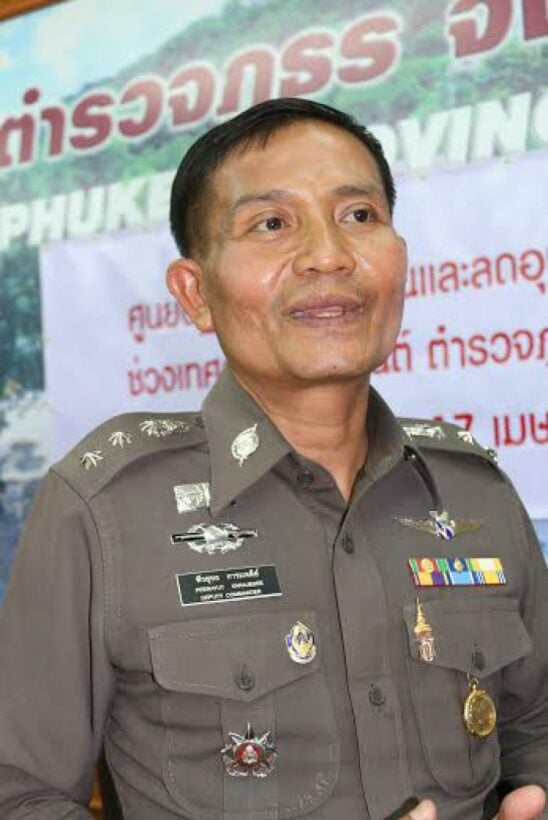 PHUKET: Police believe a French national found dead in his rented Phuket bungalow on Friday was killed in the midst of a robbery.

The body of Fabrice Boigeol, 37, was found lying in a pool of blood partially under a stripped mattress in a room at the Moragot Resort in Rawai (story here).

“Mr Boigeol’s room looked as though it had been ransacked, so we believe he was killed during a robbery,” said Phuket Provincial Police Deputy Commander Peerayut Karajedee.

“While searching the room, we found a laptop charger, but could not find the laptop. We also noticed that the bungalow next to Mr Boigeol’s showed signs of a break-in – the door knob to the room was broken.”

Police checked the resort’s CCTV and found footage of two men, whom the receptionist did not recognize, in the hotel about the time they believe the killing occurred.

“We can see two men on CCTV, one of whom was carrying a white towel. We believe the towel was used to conceal stolen property,” said Col Peerayut.

“We are working on identifying the suspects. We will check more CCTV footage in the area for any information that might lead us to them.”

Pregnant woman kicked off her motorbike, raped in northern Phuket