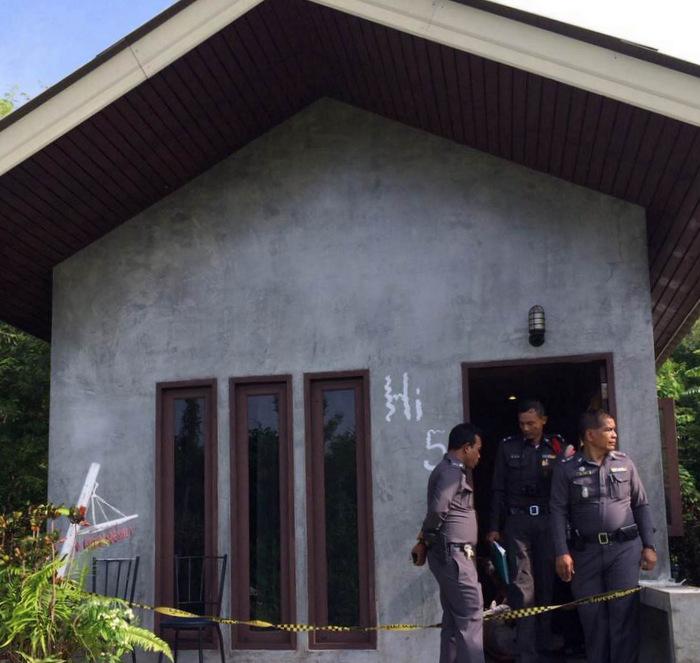 PHUKET: Chalong Police have arrested at least one Myanmar national in connection with the killing of French tourist Fabrice Boigeol, 37, who was found slain in his rented Phuket bungalow on April 18.

Police have yet to release more details, but the Phuket Gazette has been informed that officers conducting the investigation are searching for at least one other murder suspect.

Security camera footage at the Moragot Resort in Rawai recorded two men, whom the receptionist did not recognize, in the hotel about the time they believe the killing occurred.

“We can see two men on CCTV, one of whom was carrying a white towel. We believe the towel was used to conceal stolen property,” said Phuket Provincial Police Deputy Commander Peerayut Karajedee (story here).