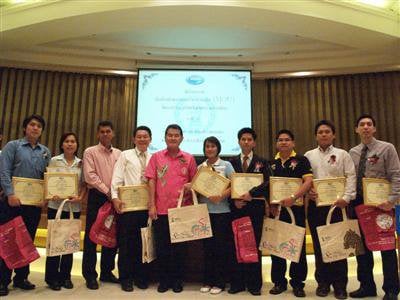 PHUKET CITY: An agreement to charge a small fee for plastic bags was signed by most of the island’s major retailers, with Tesco-Lotus and 7-Eleven the only major holdouts.

The event was chaired by Phuket Governor Wichai Phraisa-ngop.

Also not signing was Makro, which has never given away plastic bags for free.

At the the event, Central Festival Phuket gave two cloth bags to all signatories.

The plastic bag scheme, the first of its kind in Thailand, will be launched on February 14, 2010.

It is hoped that it will lead to a source reduction in solid waste.

Phuket currently produces about 500 tonnes of garbage daily, about twice what the incinerator at Saphan Hin can burn. The remainder continues to pile up in a low-lying landfill around the incinerator.

In 2007, pools of toxic waste from the landfill overflowed into the surrounding waterways, killing millions of farmed fish in the area.

The organizers hope the plastic bag scheme will be the first in a step-by-step process that will drastically cut the amount of trash produced on the island at the source.