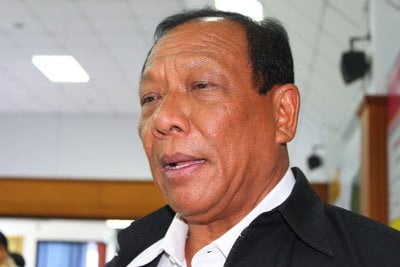 PHUKET: Patong Municipality has announced a plan to build a 300-million-baht reverse-osmosis (RO) water treatment plant to increase municipal water supply and cut down on the volume of wastewater released into Patong Bay, on Phuket’s west coast.

Although still in the initial study stages, a decision to provide Bangkok-based firm ITR Water Solution Co Ltd with 800sqm of municipal land to construct the plant was agreed to at the last Patong Municipality budget meeting held earlier this month.

The land, behind the existing wastewater treatment plant on Rat-U-Thit 200 Pi Road, will be consigned to ITR under the terms of a 30-year “build-operate-transfer” agreement if the project gains final approval.

The land, as well as the plant, would revert back to municipal ownership after the 30-year agreement expires.

The plant would treat wastewater to the same quality standards as that supplied by the Provincial Water Authority (PWA). The company would then sell the treated water to the municipality at an agreed rate, one lower than that that charged by the PWA.

Mayor Pian said the project was a “win-win” proposal because the plant would increase municipal supplies while reducing the amount of wastewater discharging into Patong Bay.

Citing Interior Ministry regulations issued in 2000, he said the municipality was authorized to approve such a “public benefit” project without an open bidding process.

He assured fellow council members that ITR had all the funding and technical expertise and experience needed to build and operate the plant.

“However, the project is still just in the first step, it needs to be studied further by a technical consultant,” Mayor Pian said.

Apinun Panpumthong of ITR Water told the Gazette the water to be treated by the RO plant would have already undergone primary treatment by the existing plant.

When completed, the plant would be able to produce 15,000 to 20,000 cubic meters of “high-quality” water for the municipality, he said.