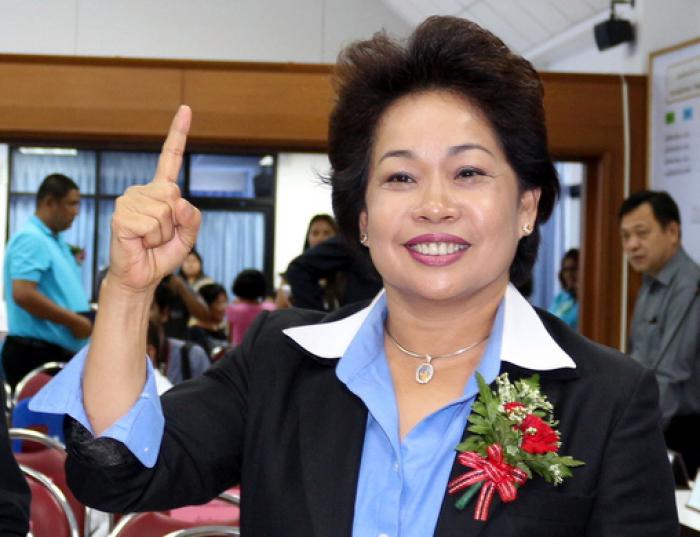 PHUKET: Unofficial results are in and Phuket Democrat Chalermluck Kebsab has won the race for the coveted position of Patong Mayor.

Ms Chalermluck, a Phuket native, is a veteran of island politics, who was voted to serve as a Phuket MP in 2001.

The ballots not tallied into the mayoral count were either marked as a “No Vote” (188 ballots) or were discarded as spoiled ballots (191).