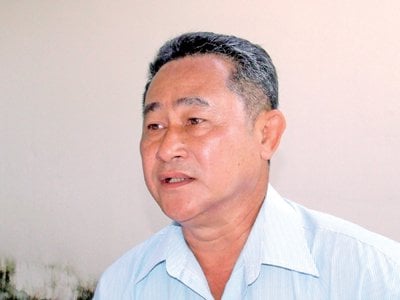 PHUKET: Local groundwater well-drilling operators have threatened to blockade the Phuket office of the Department of Natural Resources and Environment (NRE) if the office’s chief, Chaipadung Promsawadi, doesn’t start recognizing power of attorneys as an acceptable form of representation.

Before approving permits for new wells to be dug, Mr Chaipadung wants to meet the owners of the companies that have applied for the wells to be dug, instead of being presented with a document saying they have empowered another person or company to do it for them.

Mr Chaipadung introduced the new rule when he transferred to the Phuket NRE office as chief on October 11.

But local well diggers say they have suffered a huge downturn in business since that date, simply because they cannot get the permits.

The issue came to a head on November 22, when local well diggers met with Mr Chaipadung to discuss the matter.

The meeting did not go well.

In response, Mr Chaipadung simply dug in and reiterated that he would not budge on his requirement to meet the applicants.

“Owners of the companies usually don’t have time to come down to see the chief because they are busy, and that is damaging my business,” said Mr Udomsak.

“For more than a month, 12 companies who were supposed to hire my company for groundwater drilling have not hired us because the chief does not recognize the power of attorney.

“Because of this, I have had to fire 10 of my workers because I have no money to pay them,” he said.

“If nothing has changed within one month, I will bring my workers and machinery to the entrance of the office and block it,” he warned.

Mr Udomsak has some support. Nipon Sangrung, general manager of S. Siam Groundwater, said, “Normally the process to get permission takes about a month, but the chief’s order to speak personally with the applicants means the approval process is never finished.”

However, Mr Chaipadung explained, “Before I came to Phuket, some [well-digging] companies did not adhere to the conditions laid down in the permit. They dug wider or deeper than the permit allowed, and that has affected the environment. I do not want the same problem happening again.”

Mr Chaipadung said he wanted to meet the owners of all the companies who were planning on hiring groundwater-drilling service companies before they started any work in Phuket so he could obtain all the details of the project being applied for.

“I want to know all the details of what they are going to do and how much of the work they are hiring the contractors to do.

Despite the parties agreeing to meet later to discuss the issue, Mr Udomsak, on November 23, told the Gazette that he would now petition Phuket Governor Tri Augkaradacha and Phuket’s MPs Anchalee Thepabutr and Raywat Areerob to intervene.