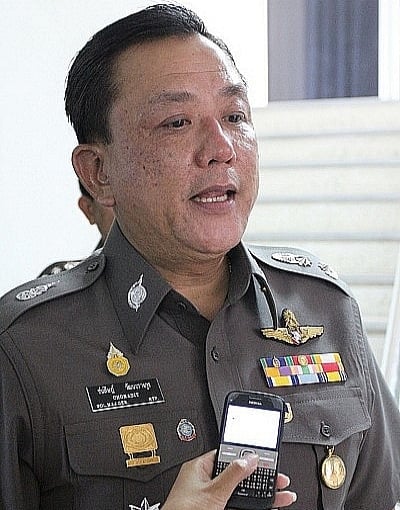 PHUKET: After officers in two different police districts yesterday told Phuket Gazette reporters that a “media blackout” was in effect in the province, Phuket’s top cop today denied that such is the case.

The misunderstanding may have been the result of excuses made up by uncooperative officers who don’t want to do their jobs, he said.

According to police officers in both Chalong and Thalang districts yesterday, Royal Thai Police Headquarters had issued a directive that they were not allowed to release information to the media.

“We apologize that we are unable to reveal any information. It’s not that we are unwilling to cooperate; we are doing this in response to a new policy issued by the Royal Thai Police that stipulates we are not allowed to give information to anyone,” one Chalong Police officer told a Gazette reporter in a recorded conversation yesterday.

A similar denial, also recorded, was given by an officer in Thalang.

The Gazette this morning spoke with Phuket Provincial Police Commander Chonasit Wattanavrangkul in an attempt to verify that a new policy was in effect.

“It is not true. The Royal Thai Police has no new policy forbidding police to release information to the media or the general public. I think the officers who said that might be too lazy, or did not want to answer your questions,” Maj Gen Chonasit said.

“All media, or any member of the public, has the right to access public information. Everyone has the right to know. If any police officers are unwilling to give you answers [using this excuse], you can say that they already have permission to give them [the answers], granted by Phuket Provincial Police Commander Chonasit Wattanavrangkul,” he said.