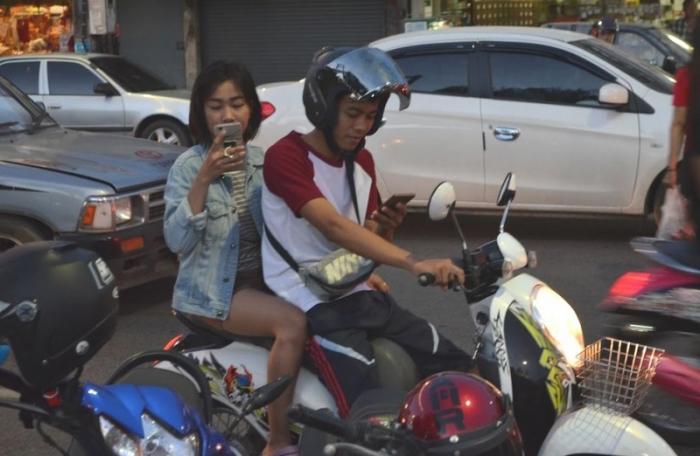 “As we all know, the game is played by connecting your smartphone with real time Google maps. As the game can be played in public places, players may trespass on other people’s property. This is a serious matter and could lead to arrest,” said Gen Teeraphol.

“We urge people to be extremely cautious when playing this game. Playing while driving, for instance, can cause serious accidents.”

Police nationwide are taking strong action against those playing while driving.

“By driving around and playing Pokemon Go on their phones, many people threaten the safety of other drivers and pedestrians, and this violates the Land Transportation Act,” Gen Adul said. He has ordered traffic police to report all arrests of offending drivers on a daily basis.

Gen Teeraphol said that he had passed on his concerns to police officers in Phuket and asked them to pay attention to the game and to understand it in order to be aware of what could potentially happen.

“I would also like to ask parents and guardians to supervise their children and make sure that they are aware of the dangers of playing recklessly,” he noted.

“The company must be responsible as well. They must think about where to place Pokemon monsters and make safety their primary concern.”