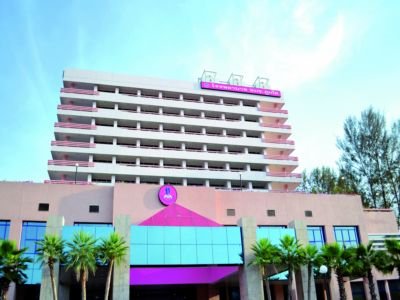 PHUKET: The hunt is on for qualified medical staff to work at the first Phuket Provincial Administration Organization (PPAO) Hospital, now scheduled to open by the end of May.

The hospital, on Sri Sena Road in Phuket Town, will be the first in the country to be administered by a provincial authority.

Dr Tanatip Suppradit, adviser to Thonburi Hospital Group (THG), which has been contracted to run the facility, said staff at the new hospital will include experienced personnel from Thonburi Hospital and local medical workers.

“The hospital will help reduce the load on the other, overcrowded hospitals in Phuket,” said Dr Tanatip, who is also an assistant to the secretary general of the Medical Council of Thailand.

The new hospital will run as a “secondary” treatment facility. Complicated cases requiring specialists in brain, cardiac or cancer cases will be transferred to other hospitals, the THG says.

“Resident doctors will be able to deal with basic ailments such as headaches and colds as well as internal medicine, obstetrics and orthopedic treatments,” explained Hospital Director Dr Yee Yitathasiri.

“We will try to hire specialists. They may not be able to stay on five working days a week, but they may be available on weekends or a few working days each week,” he added.

“Once the hospital has provided services for a period, I expect we will be able to expand our range of treatments,” he said.

“My job there is to recruit doctors. However, I will step down from that position to work full time as Director at the PPAO Hospital,” he said.

The hospital will have 129 patient beds, with room to be expanded to 190 in the future.

The hospital expects to be able to treat 300 outpatients and 20 inpatients per day.

“We do not want to profit from this hospital. We know we will certainly lose money, but we want this to become a place to train interns,” the THG says.

For the Phuket Gazette‘s latest earlier report on this and other hospital developments in Phuket, click here.

Phuket Tourist Police in the spotlight