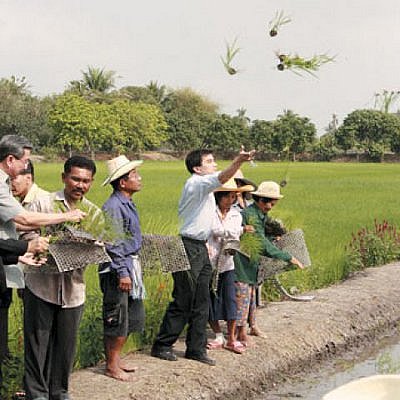 PHUKET: The fate of six Phuket communities hinges on the outcome of a key Cabinet meeting tomorrow that could result in their gaining title deeds to the state-owned land they live on.

The six villages are among 35 nationwide selected to pilot a Prime Minister’s Office regulation from last year that allows for issuance of so-called “community” Chanote land titles.

The scheme is aimed at legalizing and protecting communities who make their living on idle plots of government land.

Communities that receive the land titles will be allowed to develop the land for agriculture, but they will be forbidden from selling it.

To qualify, the communities must show they are capable of managing the land successfully.

PM’s Office Minister Sathit Wongnongtoey was put in charge of a committee to oversee the program. A second committee was tasked with vetting communities for suitability.

Of the 187 communities in Thailand that applied for land titles, 35 were approved in October to pilot the scheme, including several in Phuket.

But the scheme has run into trouble. Of the 35 communities selected, 17 live on land owned by the Ministry of Natural Resources and Environment (MNRE).

The title, handed over on February 12, covers 1,803 rai and will be shared among 80 households.

Mr Sathit has reportedly said all 34 remaining communities will be issued titles in the next two months.

But villagers in other communities, particularly the 17 controlled by the MNRE, are skeptical.

Members of these communities last week joined hundreds of poor people protesting in Bangkok to urge the government to make good on its promises to help Thailand’s poorest residents.

Phongthip Samranchit is an adviser to the Network for Land Reform in Thailand, an umbrella group representing communities affected by land rights issues.

She told a Phuket Gazette partner newspaper Krungthep Thurakij that the MNRE had failed to hand over title deeds because it claimed it had no legal mechanism to do so.

Mrs Phongthip said she had asked Mr Sathit, as head of the committee charged with implementing the scheme, to explain the problem to Cabinet at its meeting tomorrow.

Mr Sathit has promised to present six demands to Cabinet on behalf of the network:

1. Cabinet must order relevant agencies to hand over the land to the 35 communities selected by the community land title committee, and these communities must be considered juristic entities;

2. Communities that have been deemed suitable but were not among the 35 pilot communities must also be allowed to enter the program to gain land titles;

3. In the meantime, Cabinet must issue a resolution ordering the relevant agencies to permit these communities to live on and develop the land according to their plans. The resolution must order the inspection committee to complete its work as quickly as possible;

4. The PM’s Office regulation must be improved and developed into a new Community Land Title Act. In the meantime, relevant agencies must sign an MOU that allows them to proceed in line with the regulation;

5. Cabinet must end any pending government lawsuits against communities due to receive community land titles;

6. Until a Land Investment Fund is established, the government should pilot a revolving investment fund for community land title development.

The network has vowed to continue its protest until its demands are met.