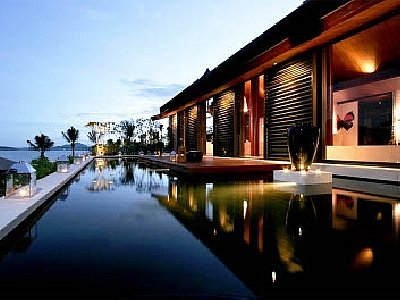 The Jones Lang LaSalle Hotels office in Singapore acted as an advisor for the transaction.

BS Ong’s HPL (SGX H15) is listed on the Singapore stock exchange with its primary business in property development.

The HPL group with its affiliates privately owned by Ong has ownership interests in close to 40 hotels hotels with over 4,600 rooms in 14 countries, including Singapore’s Four Seasons, Hilton and Concorde, and other Four Seasons hotels in Bali and the Maldives.

In Thailand, HPL holdings comprise Bangkok’s The Metropolitan and the Hard Rock Hotel in Pattaya.

Aside from residential developments in Singapore and the region, HPL also owns and operates Hard Rock Cafes throughout Asia and hotel management entity HPL Hotels and Resorts Management, which operates 11 hotels.

Hotel operations for The Yamu will come under Como Hotels and Resorts, a privately held company of BS Ong’s wife, Christina Ong.

The luxury lifestyle group is highlighted by the Metropolitan in London and The Halkin, Como Shambhala in Bali, Uma Bali and resorts in the Caribbean and Maldives.

Included in the investment pair is Thai KS Group headed by Eddie Kiasrithanakorn.

The firm’s core business is Honda motorcycles and parts in Vietnam, Cambodia and Laos.

A shift into hospitality in the past few years includes ownership of upscale Alila-managed properties in Cha Am, the Maldives and Luang Prabang as well as the Hotel De La Paix in Siem Reap.

While hospitality assets have been especially hit hard in the US, Europe and the Middle East, Asia has continued to recovery relatively unscathed.

Phuket did see a handful of upscale projects stopped mid-stream, but expectations are for most of these to recommence over the next 12-24 months given most are not leveraged or carrying significant levels of bank debt.