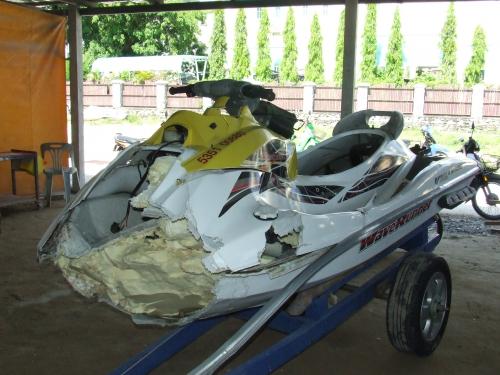 PHUKET: The move to establish a new series of Tourist Courts in Phuket and at other key holiday destinations in Thailand – including Bangkok, Pattaya, Chiang Mai, Phang Nga and Krabi – has received much support on the island.

Chanchai Duangjit, director of the Tourism Authority of Thailand (TAT) Phuket office, gave his “absolute support” for the idea.

“This is a very good thing for tourists. Most tourists who come to Phuket are here only on a short holiday. They do not have much time to deal with a court trial,” he said.

“This will allow tourists to have their cases heard in court much more quickly than now,” Mr Chanchai added.

Australian honorary consul to Phuket, Larry Cunningham, praised the idea of a Tourist Court in Phuket as a very positive development, one that has been a long time coming.

“I think it would be an excellent idea for Phuket. I raised the idea with the Phuket Governor and the Chief of the Court four years ago. We were told at that time that Thai law would not allow a Tourist Court to be set up…

“I am pleased to see my idea from four years ago being acted on,” he said.

“Having a Tourist Court in Phuket is very necessary because tourists who do even a small thing wrong have to stay such a long time,” Mr Cunningham explained.

Among his most memorable examples, Mr Cunningham said, was a young Australian who was drunk and got involved in a scuffle while on a night out.

“When the police arrived, he thought it would be funny to take the policeman’s hat, put it on his head and dance around a bit. He was arrested and charged with theft at night.

“In the end he had to pay a 2,000-baht fine, but he had to wait one month for his case to be heard. While he was forced to stay here, he had to post bail, surrender his passport, had to pay peak-season rates to stay at a hotel and he had to pay all his other living expenses. He lost his job back home and his air ticket became unusable.

“In total, his stay being extended cost him more than AUS$20,000,” Mr Cunningham said.

The high praise for the pursuit of the new courts follows the announcement by Tourism Minister Somsak Pureesrisak earlier this week.

“Tourists who are the victims of thefts and robberies may have to face a lengthy trial and experience inconvenience because they only intended to stay in the country for a short time,” Minister Somsak explained.

Mr Somsak said he had discussed the problem with Court of Justice officials and found that hearings involving tourists could be expedited by setting up a tourism litigation division and extending office hours.

The ministry agreed to reimburse overtime pay for judges and legal officials, he added.

All relevant agencies have been involved in talks to set up the division, with the exception of the prosecutors’ office, which Minister Somsak said he would approach soon.

Phuket Court Chief Judge Parinya Chaowalittawin confirmed to the Gazette that he had received no official order from his superiors in Bangkok regarding the new courts.

“The Tourist Court is currently only a concept. I have yet to receive any order from the Courts of Justice regarding the matter, so I am unable to make any comment about it at this stage,” he said.

“I believe setting up a Tourist Court will take time. It is a big deal to open a new court.

“In the meanwhile, we will try to process cases as quickly as we can. The most important thing is to be fair to everyone, Thais and foreigners,” he said.

“Setting up a Tourist Court will make it quicker and easier to finish cases involving tourists, but it would be better to focus on preventing crime in the first place.

“I would prefer more effort be put into preventing crime, such as by installing more CCTV cameras across Phuket, which would help police to catch bad men faster and would help reduce the already heavy workload on judges at the court,” Maj Gen Choti said.