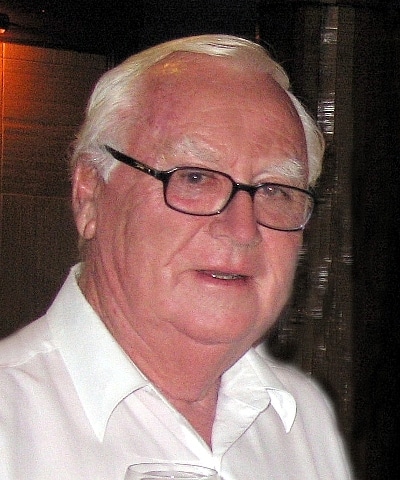 PHUKET: A wake for well-known and much loved long-term Phuket resident Lionel Cleary will be held at Nikita’s Beach Restaurant on the Rawai beachfront this Sunday from 3pm.

After weeks in hospital due to a fall, he eventually succumbed to organ failure this morning at Bangkok Hospital Phuket.

Mr Cleary first arrived in Phuket with friends via an overland trip from Lahore in 1965 at the age of 30.

That trip inspired him to return almost annually until 1986, when he spent much of each year in Phuket until 1994.

On retiring that year, he settled permanently in Phuket and soon established himself as part of the growing expat scene in the south of the island.

As with many expats who come to Phuket to “retire”, he took on a number of English-teaching positions in the late ’90s and also did a brief stint as proofreader for the Phuket Gazette.

Together with a number of other Rawai and Kata expats, Lionel was a regular attendee at the many Mom Tri’s Boathouse events over the past 17 years, most notably their art exhibitions, literary evenings and wine tastings.

He was also a keen and regular attendee at the Assumption Catholic Church in Phuket Town.

Mr Cleary was born in London of Irish and British parents. During the bombings of WWII, he was evacuated to Ireland with his sister. He spent several years there before returning to England.

At about 20 years of age he went to live with his aunt and uncle in California, where he worked with the Wells Fargo Bank for several years. He then studied Spanish at the University of San Francisco and completed a four-year course in two years.

During university holidays he journeyed south to Mexico, staying in both the northern deserts and southern jungles, gaining a love of the Mexicans and their way of life, and becoming well versed in many dialects.

He was one of the first westerners to see the Lacandon Indians of Chiapas in Mexico’s south and spent a significant part of his life there.

Travel, however, remained one of the loves of his life. He spent almost every school holiday literally travelling the world.

On one of his longest trips he drove an old Volkswagen van from London, through Europe to Greece, on to Turkey, Iran, Afghanistan, Northern India, Delhi, Calcutta and back to London.

He spent quite some time in Patna, India, where one of his uncles was a priest. He also trekked in Nepal and spent a lot of time in Eastern Europe.

With his gentle charisma and keen sense of humor, he was always able to command attention and respect from his students and almost everyone else he came in contact with.

Something of a purist, he hated the arrival of the Coca-Cola culture into native communities, but above everything else he was a people person who loved to travel and he led an incredibly colorful life.

He will be fondly remembered by his many, many friends in Phuket and around the world.