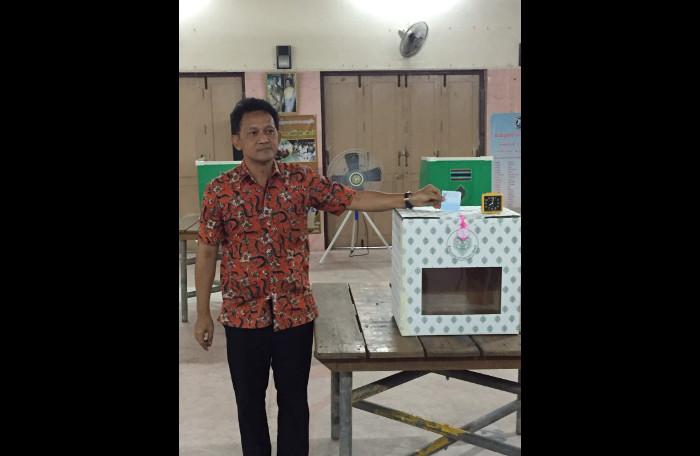 PHUKET: More than half of Phuket’s eligible voters turned out to cast their ballots yesterday over the draft constitution referendum, Phuket Governor Chamroen Tipayapongtada told the Phuket Gazette today.

Almost 90 per cent of the 150,326 voters in the province voted to accept the proposed draft constitution.

Provincial Election Commission officials said they had hoped for an 80 per cent turnout at yesterday’s polls. However, Governor Chamroen Tipayapongtada said that rain and heavy traffic may have prevented some from making it to the province’s 370 polling stations.

Voters also overwhelmingly approved a second ballot question that would allow Senators to join Parliamentarians in selecting the Prime Minister for Thailand.