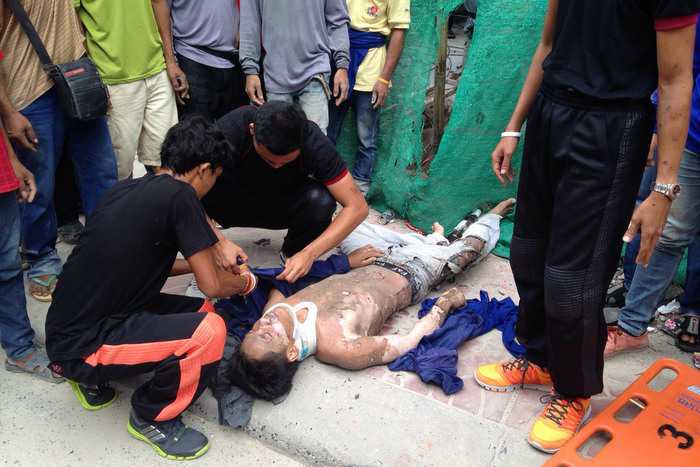 PHUKET: One man is in critical condition at Vachira Phuket Hospital after he and a co-worker suffered severe electric shock and fell two stories from a building they working on in Patong this morning.

Both men, whose identities have yet yet to be confirmed but are believed to be Myanmar nationals, were rushed to Patong Hospital after the accident.

“We were called to the scene, on Soi Eden, off Chaloemprakiat Road, at about 9:30am,” an officer from the Patong Municipality Fire Department told the Phuket Gazette.

“When we arrived we saw both men on the ground, and were told by witnesses that they were shocked while working on the building.”

One of the men was discharged after receiving treatment at Patong Hospital, but the other was transferred to Vachira Hospital in Phuket Town.

“He is in very serious condition in the Intensive Care Unit,” said the officer.

Phuket warned of heavy rain, flash floods for the weekend

Phuket underpass will not open in time for Beach Games