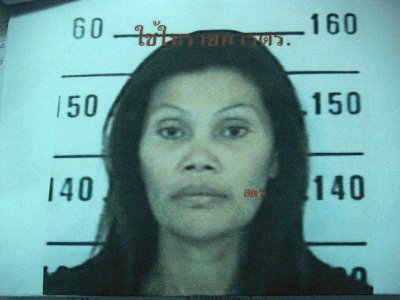 Police requested that Ms Jintawan Jarassuwimon, a 43-year-old Patong resident, report to police on Tuesday following a complaint filed the day before by Ms Monsuang Srisopa.

Ms Monsuang wrote that Ms Jintawan failed to return a rental car after the contract expired.

Ms Monsuang claimed Ms Jintawan rented her Phuket-registered Toyota Fortuner from May 8 to June 9 at the cost of 38,000 baht.

When the contract expired, Ms Jintawan said she wanted to renew the contract, but refused to let the renter inspect the condition of the car. She claimed the vehicle was in Krabi, Ms Monsuang said.

Growing suspicious, Ms Monsuang told the offender that she wanted to cancel the contract. She promised to refund the second month’s 38,000-baht rental fee after the vehicle was returned, she told police.

By June 12, Ms Jintawan had not returned the vehicle and could no longer be contacted by mobile-phone, she told police.

When the second contract date expired a month later and there was still no sign of the vehicle, Ms Monsuang decided to file a complaint at Kathu Police Station.

Police contacted Ms Jintawan several times to arrange for her to present herself at the station for negotiations, but she failed to keep appointments until August 10, the same day a warrant for her arrest was issued.

After she appeared at the station, she was arrested and taken into custody for further investigation.

Since her arrest more than 10 more rental car owners have come forward claiming they had also fallen victim to Ms Jintawan, who also signed some rental agreements under the name “Panita”.

Case officer Jongserm Preecha confirmed that about 20 vehicles rented in Patong by the woman over the last three months had not been returned.

Kathu Col Arayapan Pukbuakao suspects the woman is part of a syndicate who either sold the cars or took them apart to make money selling spare parts.

As of August 11, Ms Jintawan had refused to give any information and maintained her innocence.