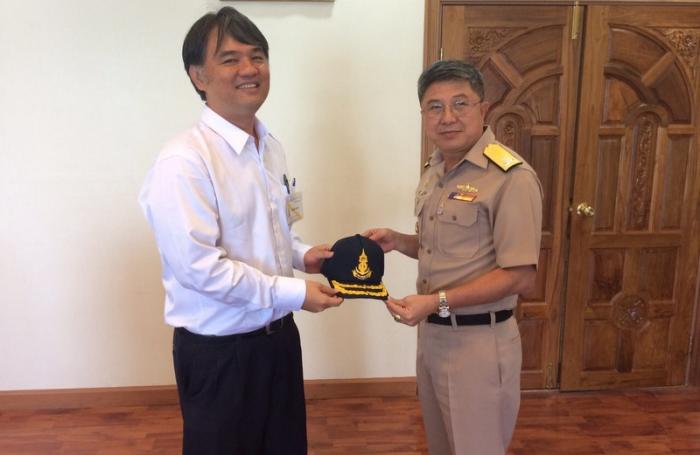 PHUKET: The new acting chief of the Phuket Marine Office has been named as Surachai Burapanontachai.

Mr Surachai was transferred from the Samut Songkhram Marine Office where he served as its chief, to fill the position left open by former Phuket Marine Chief Phuripat Theerakulpisut, who was transferred to Nonthaburi on February 26 (story here).

“I am glad to be in Phuket. This will be a challenging job as Phuket is a world class tourist destination, with both Thais and foreigners living here,” Mr Surachai told the Phuket Gazette.

“My first priority is marine safety. We don’t want to see any more tourists injured or killed in our waters and will try to boost safety standards. No one can guarantee that accidents won’t happen, but what we can do is try our best to prevent them as much as possible.”

“I heard that jet-ski operators and beachgoers were having issues, and that the operators have been ignoring beach management rules,” Mr Surachai said. “I will call for a meeting with operators and officials to see what I can do about this.”