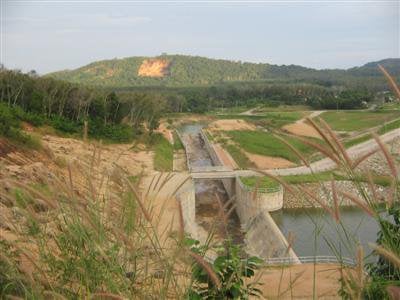 PHUKET: In response to a constant stream of complaints about water supply, Phuket Vice Governor Somkiat Sangkaosuttirak held a meeting last week to call for more long-term coordination among water authorities on the island.

V/Gov Somkiat said that his office has received many complaints from Phuket residents about water supply problems and that many of them want the local tambon administration organizations (OrBorTor) to lay separate pipes in their areas.

He explained that a sortie of about 20 agitated villagers from Pa Khlok arrived at Provincial Hall earlier this month to voice their discontent with the state of water supply to their area.

Tired of inaction at the local level, the villagers called for the Governor’s Office to solve the problem, he said.

“The provincial authorities can install water mains pipes along the main roads, then the OrBorTor can hook up local water supply systems using their own budgets,” V/Gov Somkiat said.

He added that he would like to see better coordination between OrBorTor and provincial authorities in making this happen.

“This should help improve water supply across the island as a whole and for the long term,” he said.

V/Gov Somkiat said he would schedule a meeting in the near future to follow up on progress.