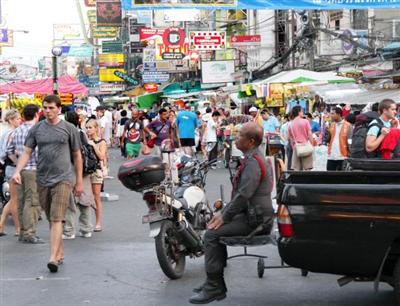 PHUKET: The US Embassy in Bangkok sees American citizens in Thailand as still facing the threat of terrorism and will thus keep a controversial warning on its website, despite the Thai government’s insistence that Thailand is not a target for international terrorists, a senior embassy official said yesterday.

“Nothing changes” when it comes to the perceived threats and America’s need to keep its citizens informed, the high-ranking embassy source told The Nation.

However, the source would not say how long this warning – which seems to be upsetting the Yingluck government – would remain on the embassy website.

Government leaders have been calling on the embassy to remove the warning, especially now that a foreign suspect has been arrested and a large cache of bomb-making materials seized.

Last week, US Ambassador to Thailand Kristie Kenney tweeted that the warning was “real” and “Bangkok specific”. Despite that, the source yesterday suggested that the information gathered so far was not enough to pinpoint exact targets or locations.

The source would not confirm if the warning was meant to push the government into being more proactive. The embassy posted the warning after some kind of notification was submitted to the Foreign Ministry a day earlier.

The police, meanwhile, are still keeping a close watch on three spots in Bangkok: Rambutri, Sukhumvit Soi 22 and Khaosarn Road, which are popular with backpacking tourists.

Police believe that Hussein may have had several accomplices and the investigation is ongoing.

Six months ago, three Arab-looking men were allegedly seen going in and out of the Samut Sakhon shophouse rented by Hussein and used to keep ammonia nitrate and urea fertilizer, according to police. These men, however, are believed to have already left Thailand.

“Some Thais might have worked for Hussein, but we believe they might have not known exactly what he was up to,” Lt Gen Winai said.

In the USEmbassyBKK Twitter account, Amb Kenney was quoted as saying that the January 13 emergency message for US citizens remained in effect.

On January 13, the US embassy’s web site alerted US citizens in Thailand that foreign terrorists might be currently looking to conduct attacks against tourist areas in Bangkok in the near future.

US citizens were urged to exercise caution when visiting public areas where large groups of Western tourists gather in Bangkok.

Deputy National Police Commissioner General Pansiri Prapawat said yesterday that police planned to question everybody who might have been in contact with Hussein.

“Our teams are investigating the case, questioning witnesses, examining and gathering evidence,” he said.

Meanwhile, an informed source said that at a meeting held to follow up on the case yesterday, police officers also discussed a widely circulated suggestion that police might have placed ammonia nitrate in the shophouse.

“The reports are based on information that a police senior sergeant major had rented the same shophouse,” the source said. “But local police said a policeman had rented another shophouse nearby to sell rice and had only used the place for two months.”

According to the source, Hussein had rented a shophouse in Samut Sakhon for up to two years at a monthly rate of 15,000 baht and was planning to buy it for 6 million baht.

After the meeting, Gen Pansiri, who is the chief investigator, said police had acquired more information on the case, but could not reveal it at this point.

Supreme Commander Gen Thanasak Patimaprakorn, meanwhile, voiced confidence that the situation relating to the terrorism threat in Thailand was under control.