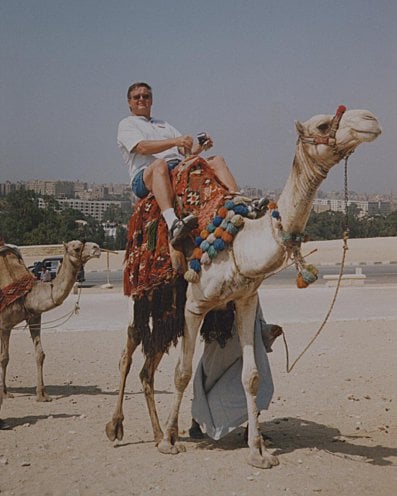 PHUKET: Computer guru Woody Leonhard will speak at two upcoming IT seminars in Phuket, starting with an encore of the popular Phuket Software Park seminar Using Facebook to Drive Business in Patong on Saturday morning.

Khun Woody and several Computer Clinic members asked him to extend the hour-long English-language presentation, bringing it to a larger audience.

About 30 people have already signed up for the talk, which will be introduced by Khun Woody and presented by Mr X.

Reservations are not required, but you can ensure yourself a seat by contacting Woody at Woody@KhunWoody.com. For more information click here.

Khun Woody is also scheduled to speak on the current state of Internet access in Phuket at a meeting of the International Business Association of Phuket, or IBAP, on November 12.

Khun Woody promises to “sort through the alphabet soup and distill the experiences of hundreds of Phuket Internet users to show you the good, the bad, the ugly and the painfully ugly”.

“Speeds have more than tripled in the past year and you can probably get better than what you have now, if you know where to look and what to buy,” he said.

Khun Woody will also use the event to get people to join his Internet speed reporting club, which monitors the performance of the various services available. As of today, 14,785 people had already sent reports in to speed.woody.info/

The IBAP talk will be held at the Thai Naan Restaurant at the Darasamuth School Junction in Wichit, across from Central Festival Phuket.

Doors open at 6:15pm. The standard entry donation for IBAP members is 200 baht, while visitors are asked to donate 400 baht. Admission includes a buffet dinner and complimentary drinks.

Culture update: The slow death of the Phuket dialect