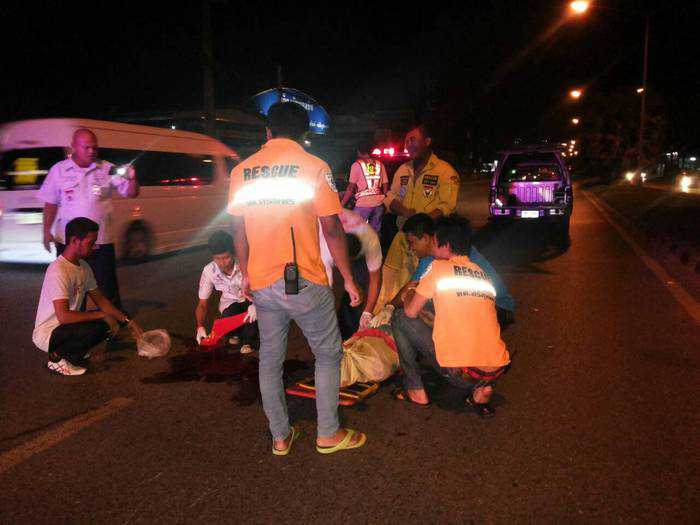 PHUKET: One man died and another was injured in a Phuket motorbike accident early this morning, just 15 minutes into Christmas Day.

“According to witnesses, the motorbike was travelling southbound at high speed when it hit the median strip at the Baan Nai Klum U-turn, near Tesco-Lotus Thalang,” said Lt Col Sanit Nookong of the Thalang Police.

Anucha Promraksa, 25, was pronounced dead at the scene, but his nephew Surawut Chomsri, 15, survived the crash.

“Witnesses told us that the motorbike hit the median, causing it to fly up in the air,” said Col Sanit.

“Luckily, Mr Surawut was thrown clear of the bike and received only minor scratches and bruises, but Mr Anucha was not so lucky. Neither of them was wearing a helmet,” Col Sanit said.

“Mr Surawut is still in shock after the accident, so we will wait until he has recovered before we question him about what happened,” Col Sanit said.