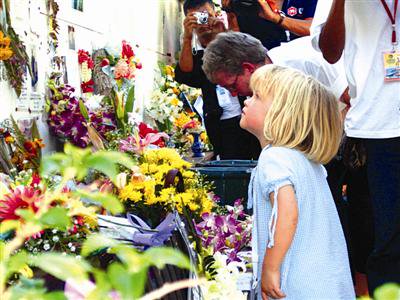 PHUKET CITY: Memorial services marking the fifth anniversary of the 2004 tsunami disaster will take place on December 26 at locations in Patong, Mai Khao and Kamala.

In Patong, a religious ceremony will take place at Loma Park on Patong Beach from 8am to 12pm, and again in the evening from 6pm to 7pm.

In Mai Khao, similar ceremonies will take place at Mai Khao cemetery from 9am to 12pm. The bodies of more than 1,000 non-Asian tsunami victims were moved to the cemetery after the disaster to aid in the identification and repatriation process.

In Kamala, a memorial ceremony will take place from 9am in the Tsunami Memorial Park opposite the Print Kamala Resort.

Details of the events were announced at a meeting at Phuket Provincial Hall on Monday morning.

December 26 has also been designated as National Disaster Prevention Day in Thailand.