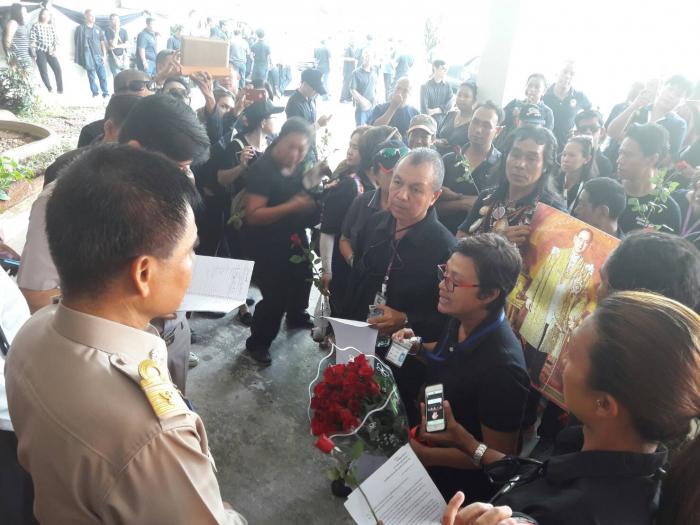 About 50 members of the Andaman Tour Guide Association (Phuket-Phang Nga-Krabi) led by Mr Krit Thepbamrung gathered at Provincial Hall at 9.30am to submit their letter to Phuket Governor Chokchai Dejamornthan.

The letter was handed to Thavornwat Buakaew, acting on behalf of the governor.

“We have tour guide licenses but we still get arrested for working outside the permitted areas, or for doing jobs in the ‘wrong category’ while those without licenses get away with it and don’t get arrested,” said Mr Krit.

“There used to be a committee taking care of this but not anymore, after the head of that committee, Vice Governor Prajiad Aksornthammakul, retired,” he added.

Members of the Andaman Bus Association, led by Mr Chanawee Eaktiewsakun, complained that they faced a similar situation, handing in their letter of complaint addressed to the governor and Maj Gen Akom Pongprom of the 41st Military Circle at 9:30am.

“We have not worked for several months already because the tour agencies and bus companies conspire to use buses and drivers from the Northern provinces, where they are cheaper,” lamented Mr Chanawee.

“There are about 1,000 members in the Andaman Bus Association, but we don’t have any income now. The government should help us settle and manage this,” he insisted.

Gen Akom accepted the letter and promised to discuss the matter with relevant parties. “We will call together officers from the Land Transport Office for a meeting to find a solution that will be fair to all sides,” he said.