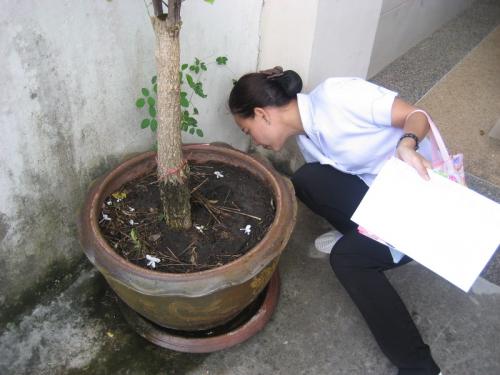 Despite the ranking, there is no reason to panic, said Dr Krit.

There have been more than 1,300 people infected in Phuket since January this year – double the amount of infections over the same period of time last year, he said.

“We have a medical team that is only taking care of Dengue Fever patients,” said Patong Hospital Director Sirichai Silpa-archa.

“Any patient who is diagnosed with dengue and has a blood platelet count lower than 100,000 will be admitted to hospital. Normally, people will have a count of more than 400,000,” Dr Silpa-archa said.

“We are continuing to urge people to cover or throw out standing water to prevent mosquitoes from laying eggs in it. We also advise people to use mosquito repellent when they go out,” Dr Bancha said.

Dr Bancha asked that anyone fearing that he or she might have contracted Dengue Fever, avoid using Aspirin and Brufen and report to a hospital two days after the first symptoms appear.

“The most dangerous time for a Dengue Fever patient is not when he is running a high fever, but after the fever fades and the patient feels tired,” Dr Bancha warned.